I’ve driven past Quilliam Brothers about 8 million times, and have always wanted to go in. Today was the day I eventually did!

Located at 1 Eldon Place, next to the Hancock, in the most gigantic, beautiful building (Claremont Buildings), this place is an absolute delight. They’ve just celebrated their first birthday (of the tea house… they actually sold their tea online for a few years before that) and I’m kicking myself that I haven’t been along sooner. Better late than never, apparently. (I’m pretty sure that’s just something people say to make others feel better).

The tea menu has to be seen to be believed, with about 60 types of tea to choose from you’re really spoilt for choice, or if you’re like me you might just take hours to decide. Fear not fellow indecisive folk, those clever Quilliam brothers have thought of everything because the menu is very informative (and also funny, which I enjoyed greatly). 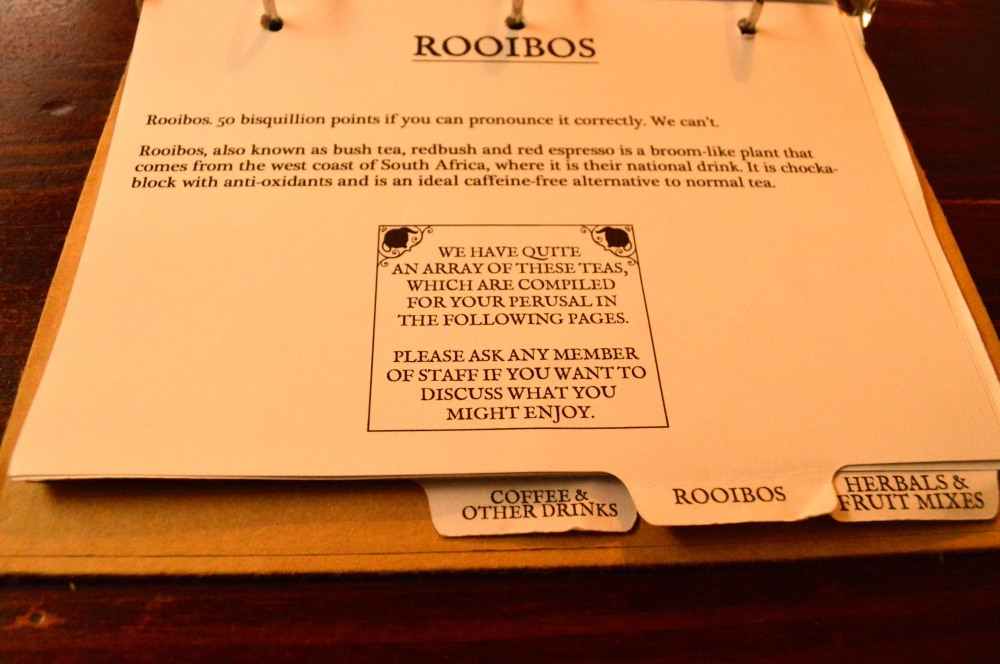 Oh, just for the record I can’t pronouce rooibos either… and that’s why I chose a green tea called ‘Snow Drop’ which was a super choice. My mum chose an amaretto flavoured tea, which she loved. (She doesn’t like tea with milk – which can be a shock to some people). The tea comes in a pot with enough for 3 teacups full, (very generous I think), and unlike lots of other places, the loose tea leaves are removed before your tea gets to you – to stop it from becoming too bitter. Didn’t I tell you they’ve thought of everything?!

We ordered food too, I went for a mexican pulled pork hot stottie, and mum had the falafel burger. The pulled pork was delicious, topped with a generous dollop of sour cream and jalapeños. My taste buds were on fire, in a good way. So yummy and rather spicy. I’m Indian and feel that I should be able to handle spice without batting an eyelid… this is quite far from the reality. Reality = me + streaming eyes + runny nose. Attractive. I don’t mind though, because the taste is worth it!

I then went for a little wander, took some photos and ordered us some dessert. Carrot cake for mum, peanut butter chocolate brownie for me! The nice people behind the counter jumped for my photo TWICE… both times I missed them. Then I realised I had my camera on a macro setting, what a dufus. Here is the post-jumping result… 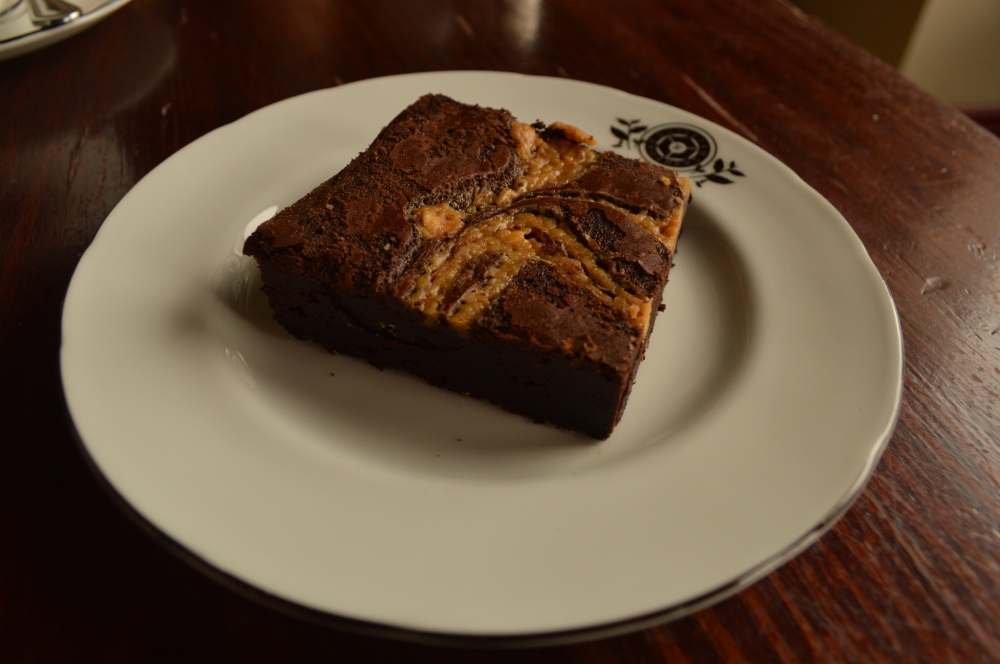 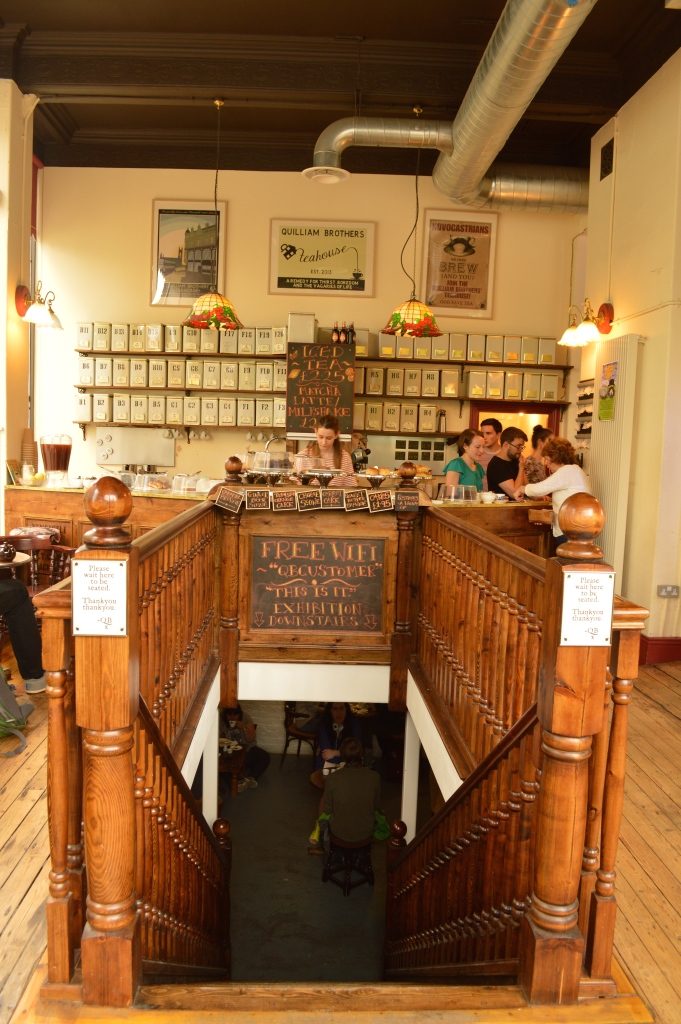 Remember I said this place was huge? Spread over two floors, downstairs there’s cushioned floor seating as well as normal tables and chairs… AND a little cinema section. So fancy! I didn’t get to have a proper look, I was being ridiculous enough walking around with my camera so I will look next time. You can also buy some lovely Quilliam Brother postcards, which I did… (I also knocked a few on the floor, much to the amusement of some people nearby… embarrassing).

Open Monday-Saturday 8am (9am on Saturday) until 1am (YES 1AM!), Quilliam Brothers is something different to the norm… it’s cool, quirky and serves tea until 1am for goodness sake! The lovely people working Quilliam Brothers are genuinely helpful and service was faultless (oh and they offered to jump when I took a picture, which makes me really happy even though I couldn’t capture the moment).

Let me know what you think if you’ve been… if you haven’t, I urge you to go now! (Seriously, they’re still open for 3.5 hours).

Which brew are you going to choose?