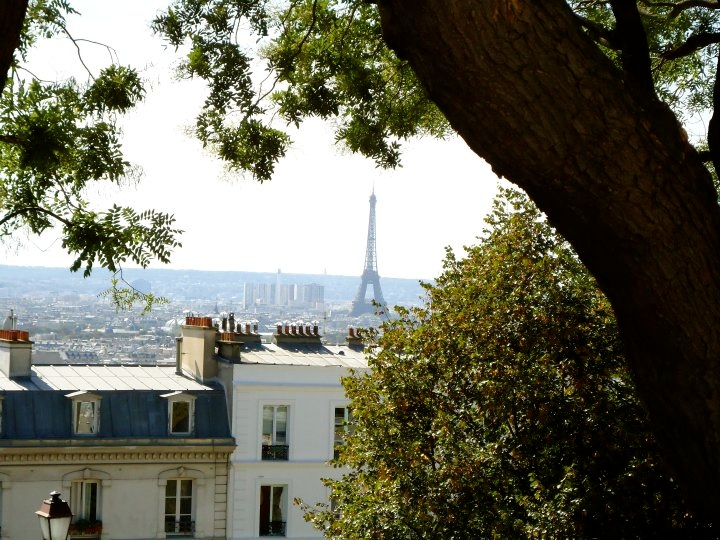 Things were very different for me in 2010. I was working in finance (not loving it loads) and we hadn’t started looking for a house to buy, so were renting in South Gosforth.

One cold February morning I was asked into a meeting with my manager’s manager… He was really nice but obviously I was a bit worried about this and had no idea what it was about. He said he had an ‘opportunity’ for me. I was even more worried. WHAT DOES THIS MEAN?! What it meant was, there was a big project about to start and France was the first country to ‘go-live’ (apologies for corporate jargon). They wanted me to go and live in Paris for 6 months to support the local organisation. I won’t go into things in too much detail, but I talked about it with Ankush for a few days and came to the decision that I’d say yes. I felt beyond excited to have been given this opportunity (as well as extremely lucky) but also sad to be leaving Ankush behind for weeks at a time. WAHHH.

Time flew by and at the beginning of April, off I went!

People who know me, already know of my love of France and all things French. My love was cemented when I visited for the first time in 1997, on a school trip to Toulouse. I see myself as British, Indian and French. Ha ha. When people ask my (French) friend where in France she’s from, I like to interject to tell them I’m from the South. I’m sure that’s not annoying at all. I studied French (and business) at university and completed a year abroad in the beautiful southern city of Aix-en-Provence, near Marseille. I can’t believe this was 14 years ago. Terrifying. In short: best year ever where I met some of my favourite people in the world. Maybe I’ll go into more detail about this another time…

For the first two weeks, while I hunted for apartments, I resided in the very fancy Méridien Etoile at Porte Maillot because it was close to where I had to take the train to the office. The RER C train was not as glamorous as I’d envisioned. Also, it was almost impossible for me to say RER in French. Try saying AIR-UH-AIR quickly and you’ll see what I mean. It was smelly, old and always jam-packed, but it was quick and relatively painless. Oh except for the time I had a run-in with a very scary mean man and no-one helped me… or if there was a strike meaning it would take hours to get to and from work. (I quickly learnt to work from home on strike days).

The search for a suitable apartment was intense, I had no idea where I wanted to live. Luckily, my cousin had worked in Paris for 6 months (we JUST missed each other. Typical) and gave me some advice, as well as a friend from school who was living there (she still lives there). I also had help from a relocation agency through work, who sent me through options. Apartments go quickly in Paris, so I accepted one in the 17th arrondissement based on photos alone. Somehow I still have the word document the agency sent me. Here are the pics I saw: 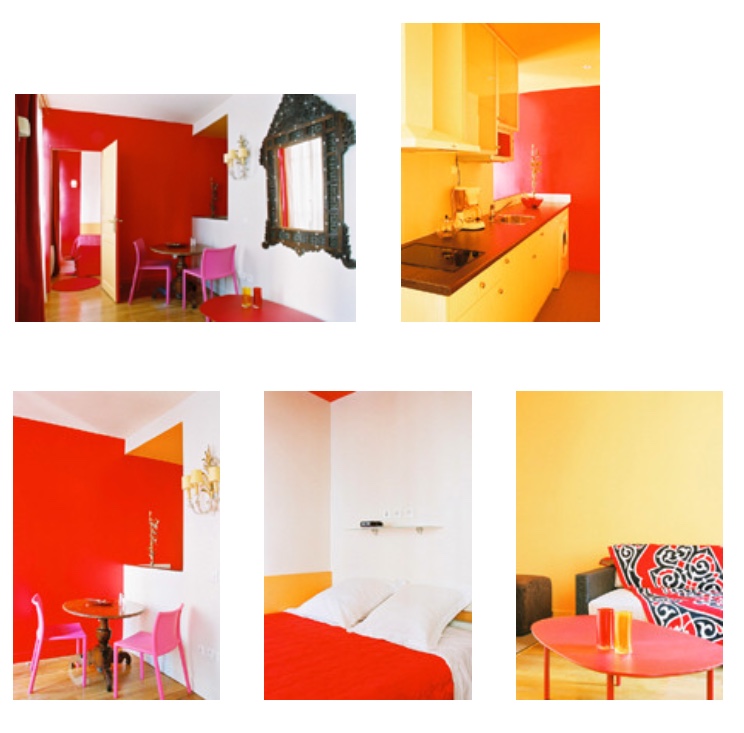 It was on the 7th floor of a beautiful building on Rue Rennequin, complete with narrow spiral staircase and no lift. I moved in and really quickly changed my mind. It was super tiny (and foisty), despite the agency saying there was plenty of room for guests to sleep. This was a lie. I decided to view the next apartment they offered me, which was in Neuilly sur Seine, Rue d’Orléans. It didn’t have anywhere near as much character as the first place, but it was much bigger and really convenient for work as the metro was less than 5 mins away. I also have the word document for this place: 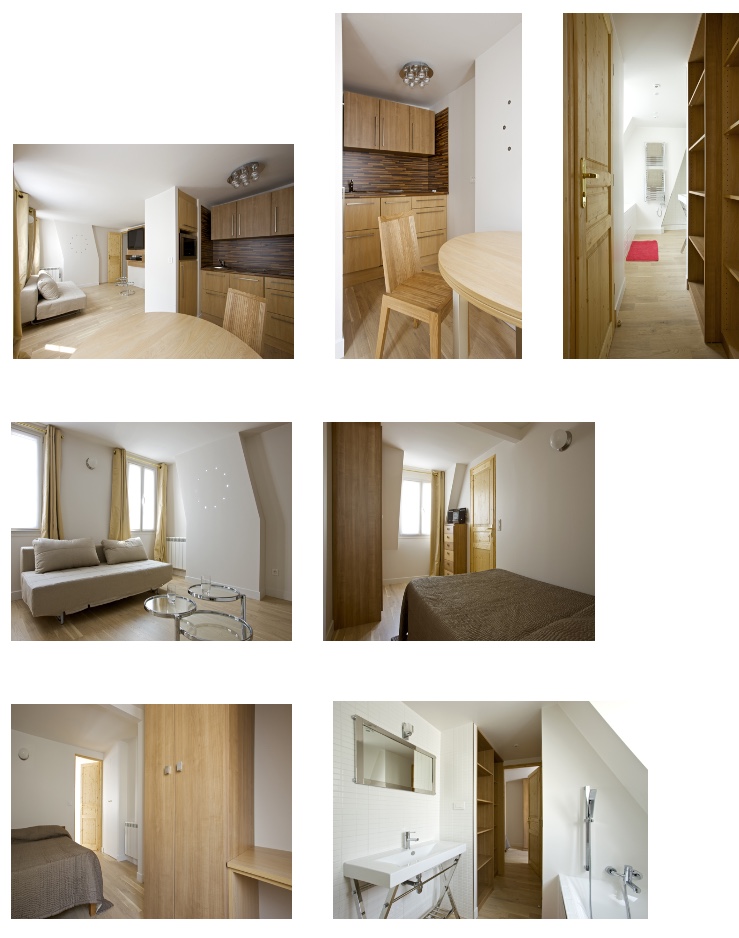 I loved it as soon as I moved in. I don’t think I’ve mentioned that it was above a bakery, so each morning I awoke to the smell of freshly baked croissants! Not too shabby. 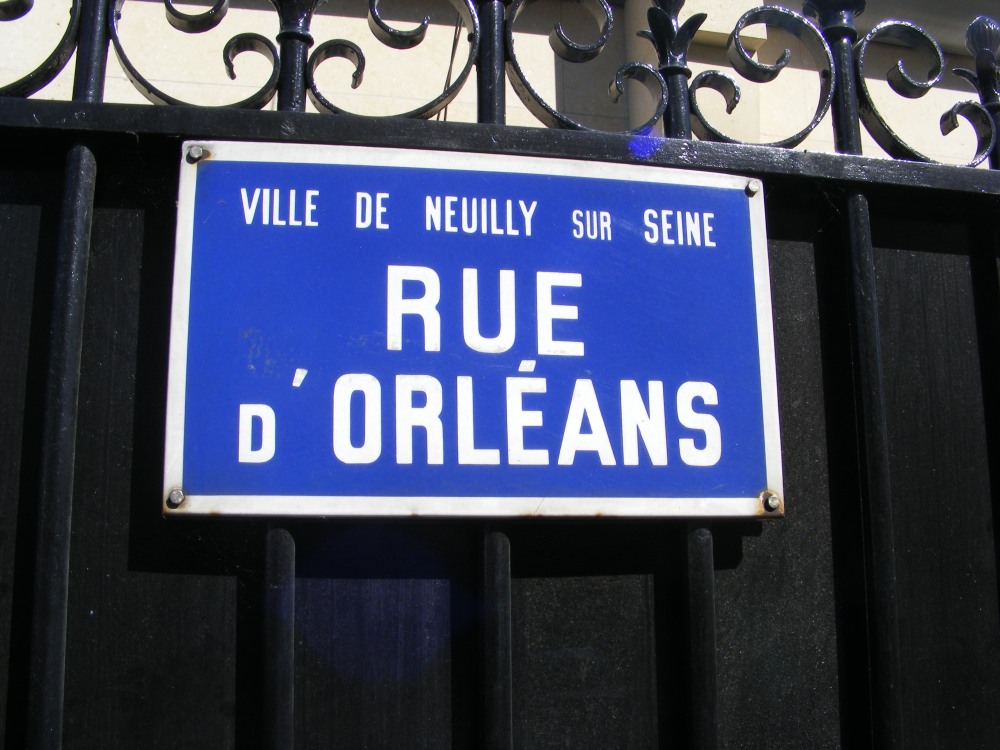 The first month was really tough. Everything was different. Paris was not like the other places in France I’d been to and Parisians were not like other French people I’d met (nice generalisation there). I missed home & Ankush loads. I didn’t know many people although a guy from Germany was also in the same boat as me, he was also in Paris for 6 months working on the project, so we became friends (and I am ever thankful for him carrying my heavy suitcase up 7 flights of stairs… and then down again a few days later when I left Rue Rennequin). I also made friends with a lovely girl from work called Natalie who’d been living in Paris for a while.

It was about 3 or 4 weeks in and I’d been invited to my friend from school’s apartment for dinner – where I’d also meet her husband for the first (or second) time. Unfortunately for him, my rush-hour journey on the metro was not a good one and the beautiful pastries I’d purchased from the bakery below my apartment barely survived the experience. He opened the door and I burst into tears as soon as he asked how I was. NOT COOL SHIVANI. NOT COOL. My friend hadn’t got home from work yet, so that was embarrassing to say the least.

Things got easier though, especially when friends and family decided to come and stay for the weekend! I will go into this more another time with lots more photos. It’s not really possible to fit 6 months into one blog post. I could try, but I’m not going to. I do promise however, that the next instalment will be far more cheery than this one 🙂