I think I’ve mentioned a few times that we went on some day trips last week as we were both off work and my mother-in-law is visiting from India. On Monday we decided to go to Harrogate and York for the day, with both of our mums! Having not been to either, I was very excited. York will be featured in a post of its own.

Our first stop was Mother Shipton’s, in Knaresborough. I’d never heard of this place, but it’s somewhere Ankush had heard about from his parents as they’d visited 20 years ago. Mother Shipton was a Yorkshire witch who prophesied about the future (including the end of the world… cheery). Within the park there are two wells, the Petrifying Well and the Wishing Well. The Petrifying Well turns objects placed in it, to stone – there are lots of stony teddy bears hanging there, some socks, underpants and a bicycle. There is also a tiny Wishing Well, within a cave… Of course I made a wish, but I won’t be telling anyone what it was 😉  The park is lovely, it was a leisurely walk to the Wells with lots of benches along the way if you fancied a break. It was £6 each to get in and £2 for all day parking. We were there for about 2 hours, not sure we could have stayed much longer – unless we’d brought a picnic! There was an adventure playground for kids, a tea room and a small museum and gift shop. Small is quite generous, it was tiny (but there was a Zoltar Fortune Teller Machine, so it’s ok). Opposite the park is a pub called the End of The World pub – so named because one of Mother Shipton’s prophecies was that the end of the world would come when that building fell to the ground for the 3rd time. It has collapsed twice. YIKES. Thanks to my friend Clare for that story – she spent lots of time here as a kid visiting Knaresborough. 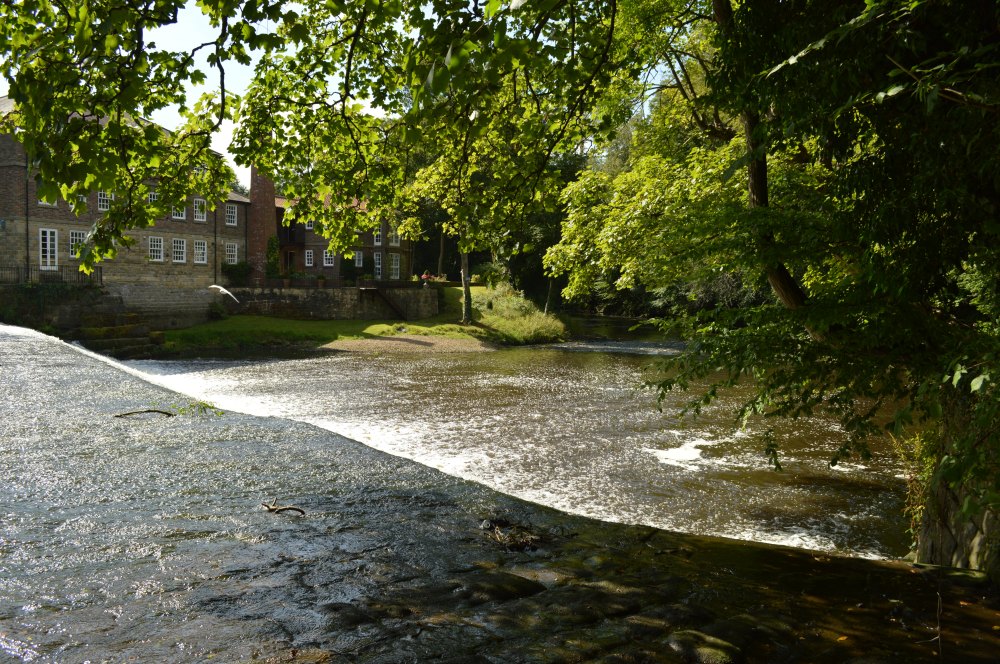 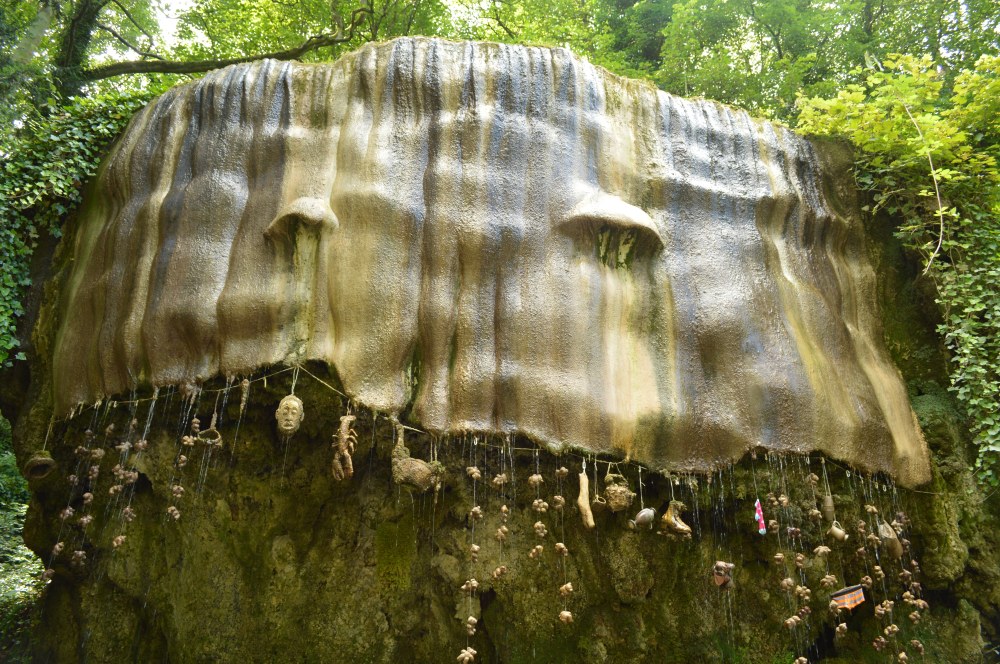 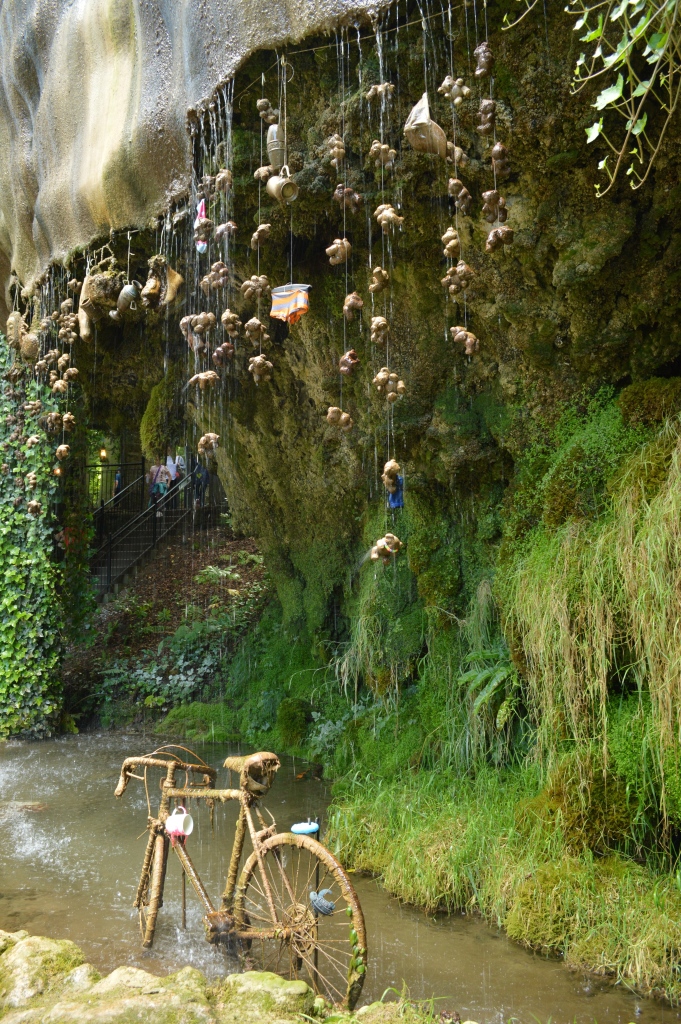 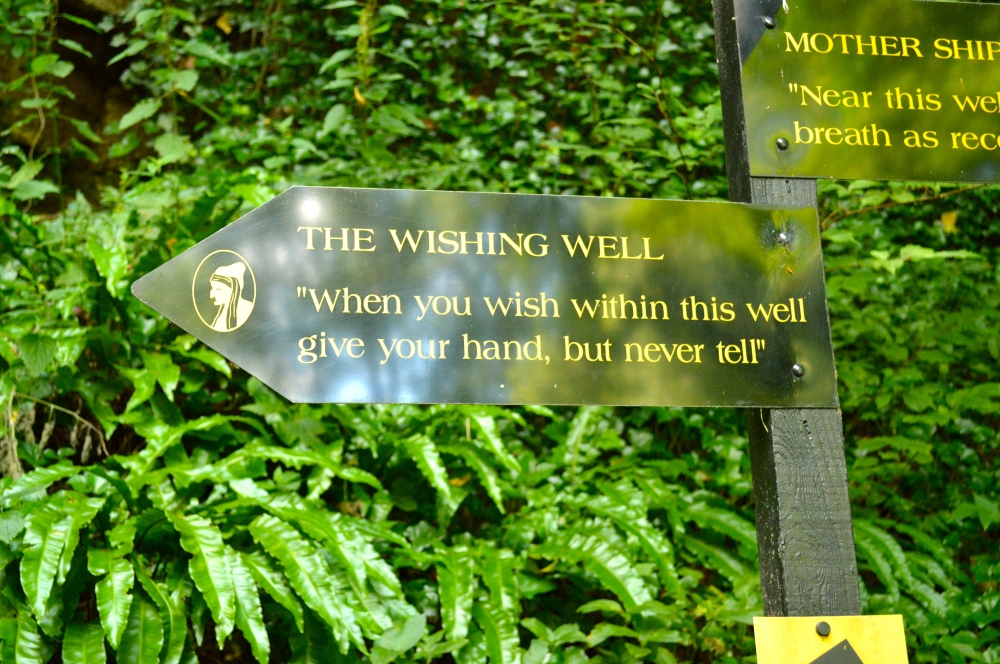 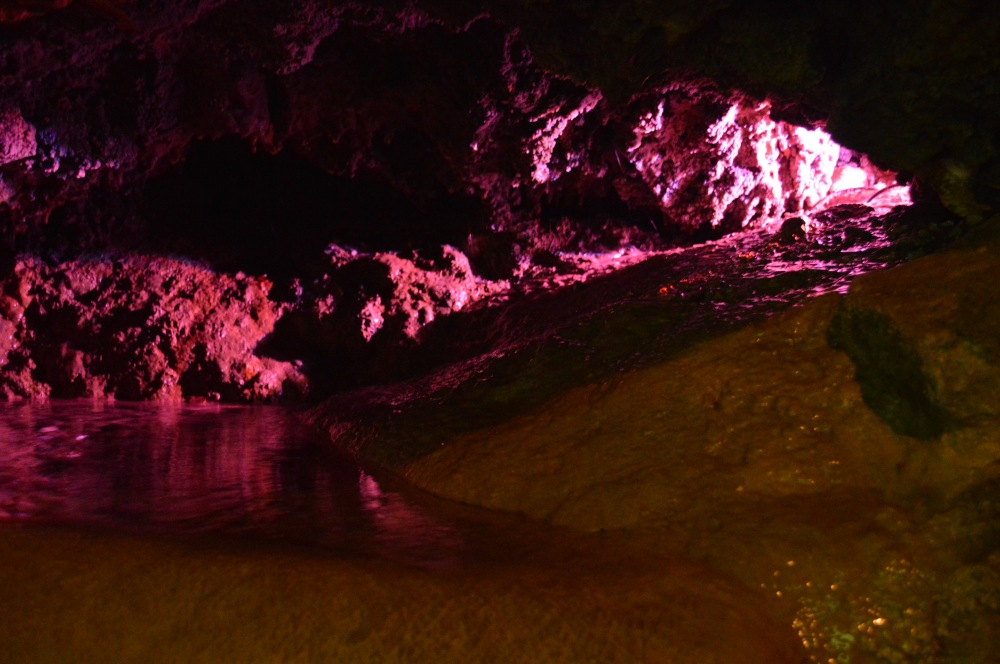 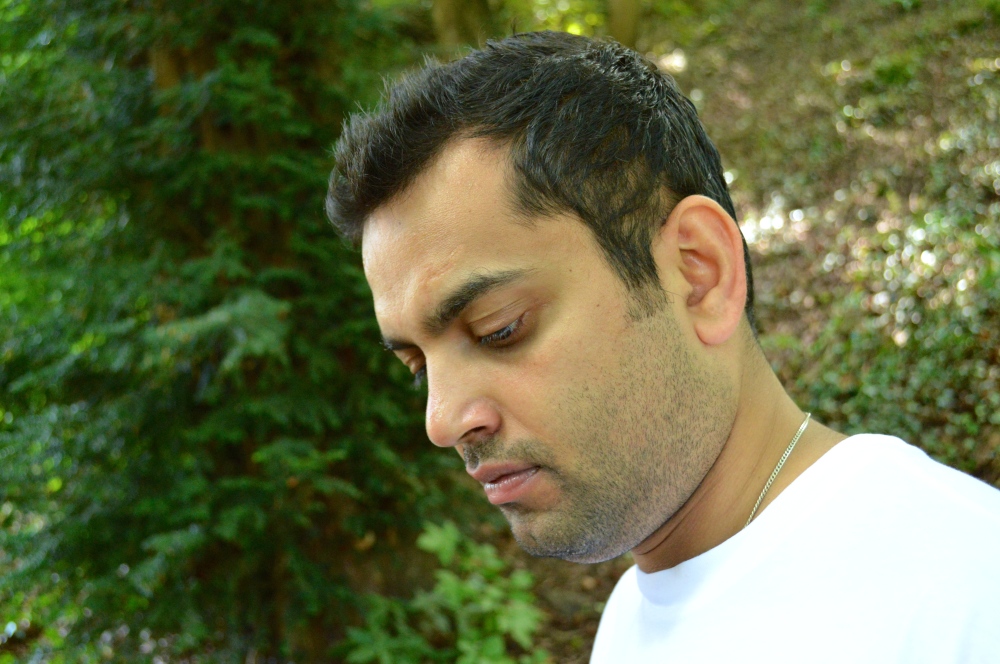 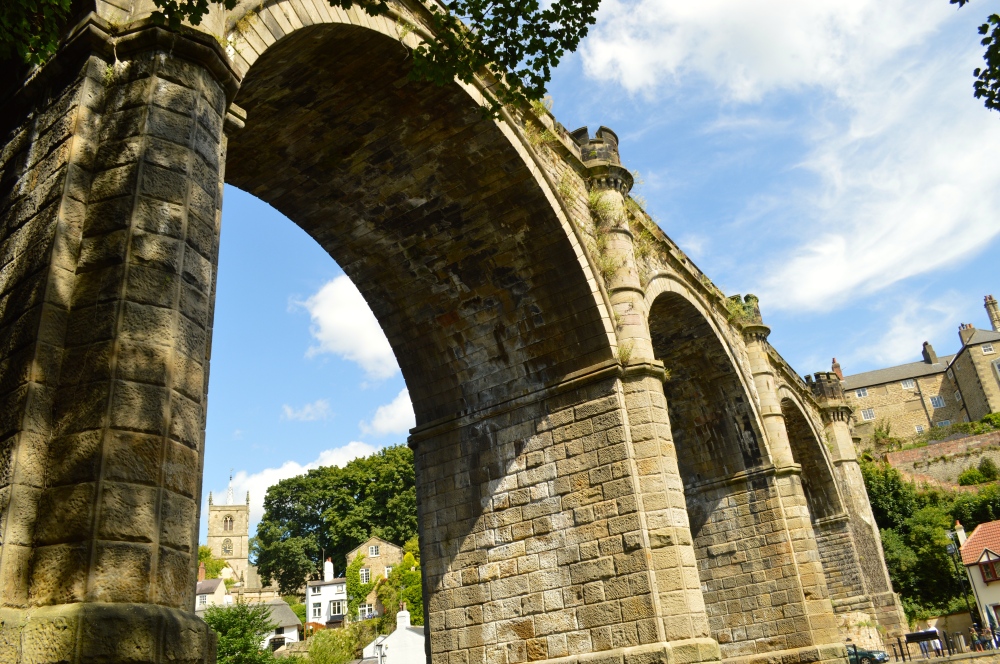 Next stop was Bettys in Harrogate for lunch. Obviously everyone has already been here, or heard of it at least! We were really ready for lunch by the time we got there, and luckily the queue wasn’t too long. We got a parking space right outside and only had to wait for 15 minutes before we were seated. We got a table by the fireplace (it wasn’t fired up, of course) in the Veranda Cafe. I ordered the English Breakfast – I will just show you photos of the rest of the orders. With it being lunchtime, there wasn’t a spare table for more than 2 minutes. Despite this the service was quick, friendly and helpful. There were so many people working, they made it look easy.

After our mains, of course we had to have tea and cake! I ordered the Strawberry Paris-Brest and the tea room blend. My mum doesn’t drink tea (yet I can’t live without it), she had coffee and said it was delicious. We couldn’t leave without buying a box of teabags for the house. The queue in the shop was huge, clearly everyone else wanted to buy teabags too… or cakes. 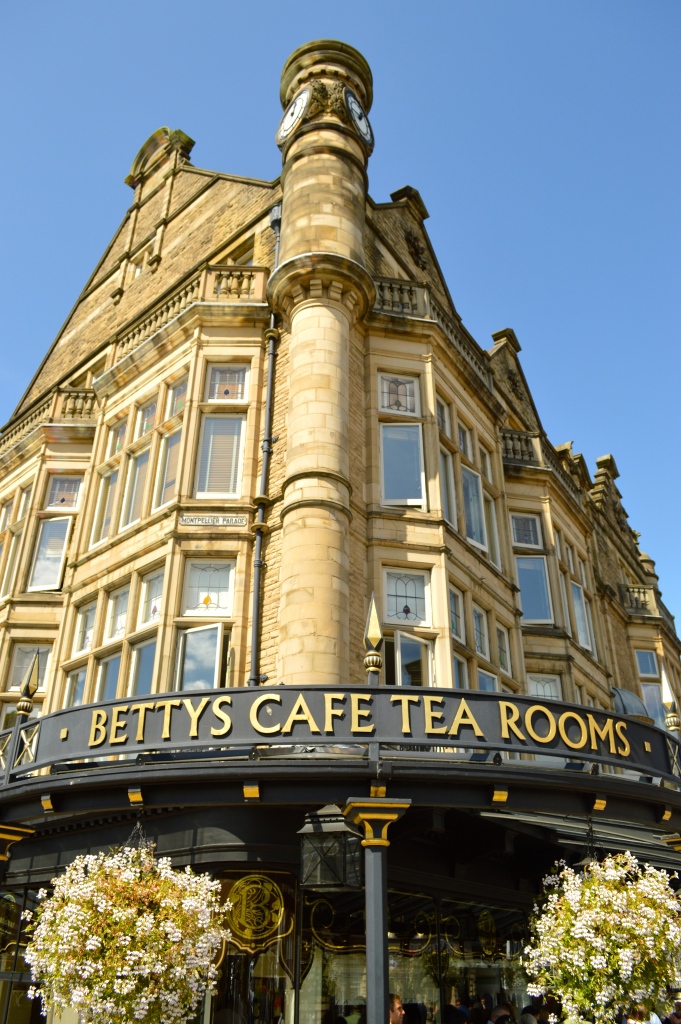 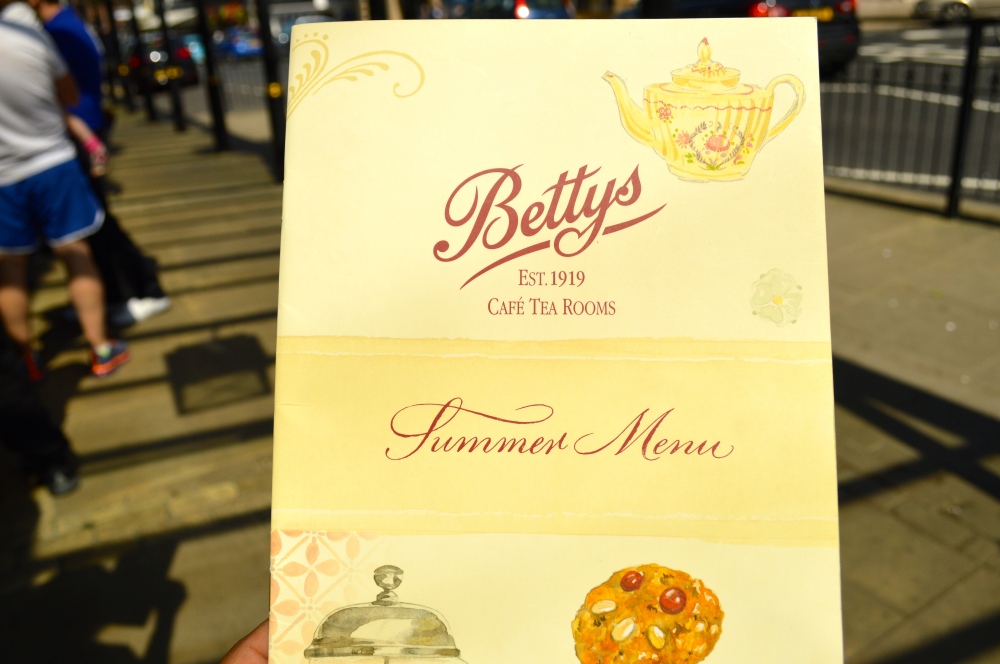 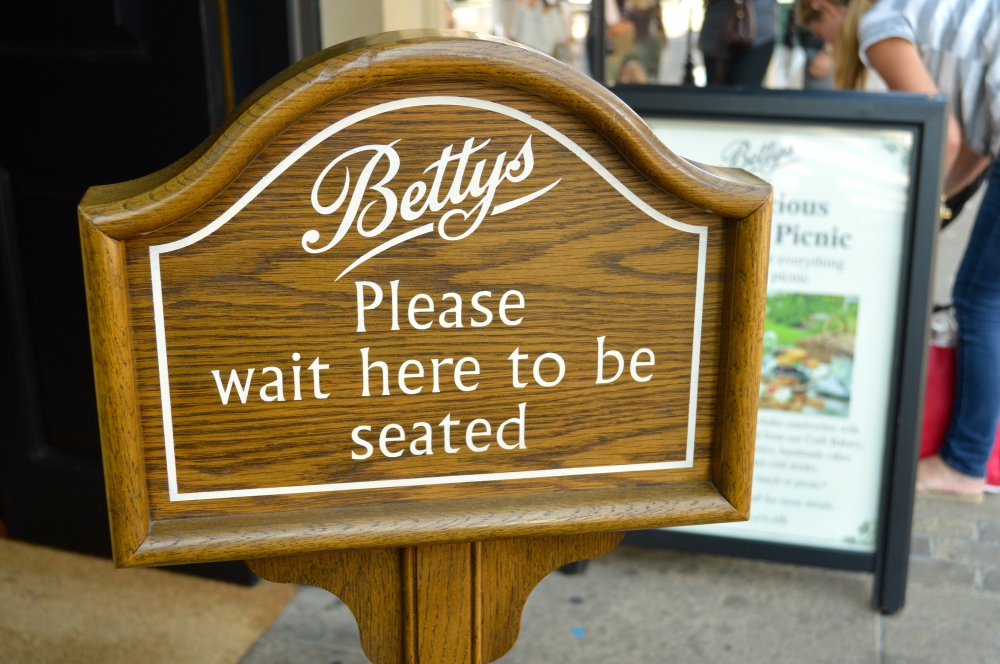 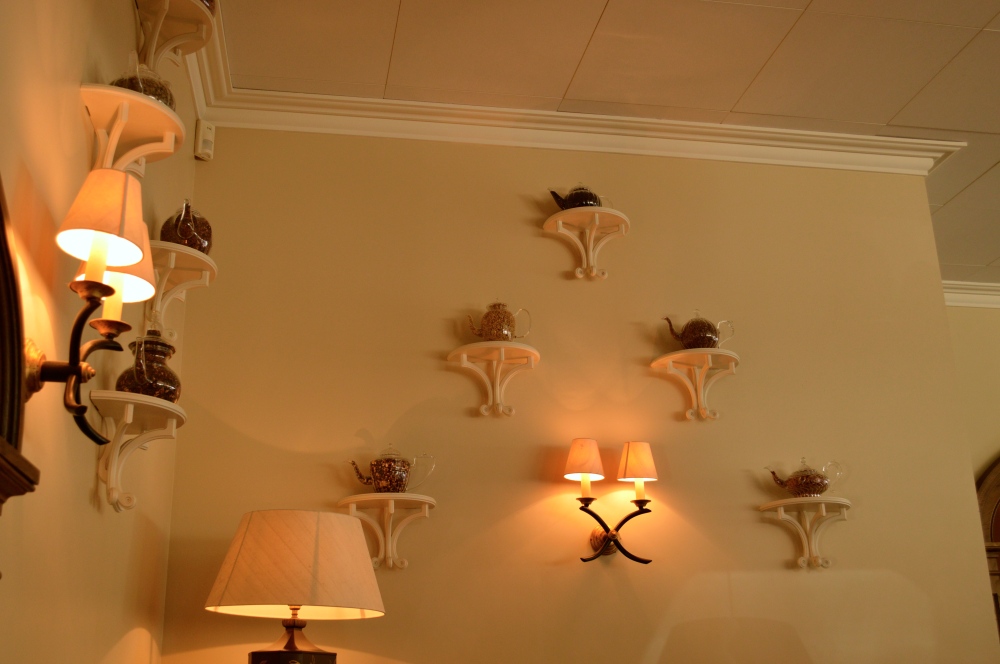 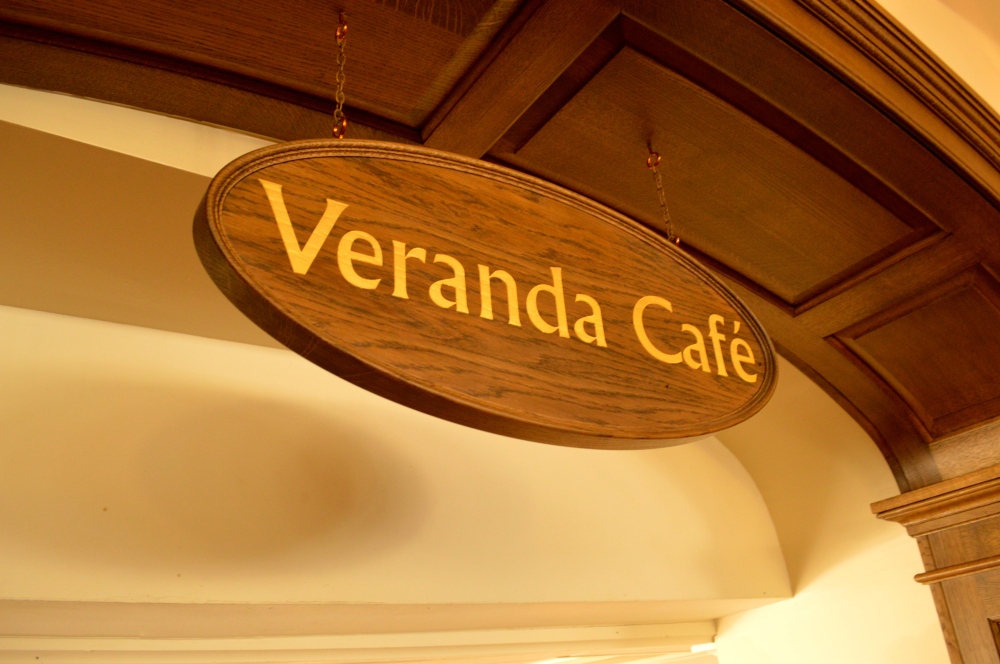 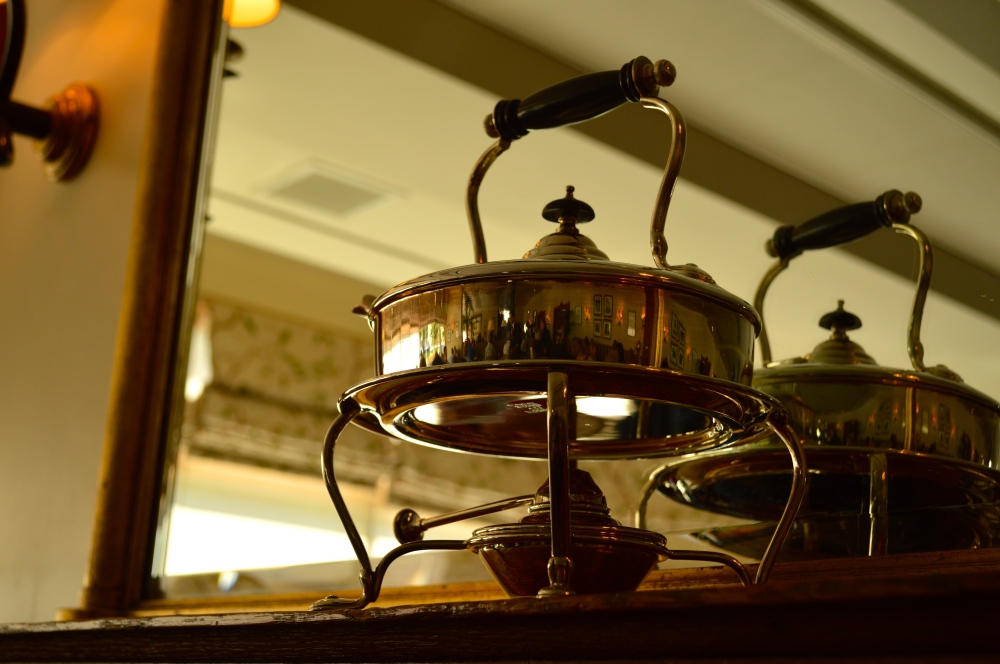 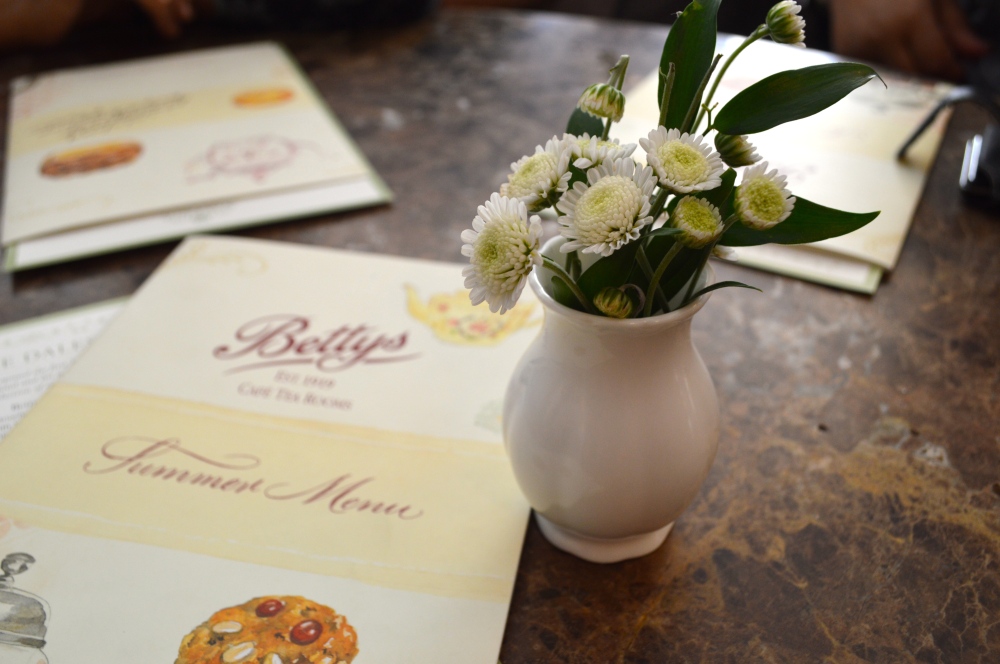 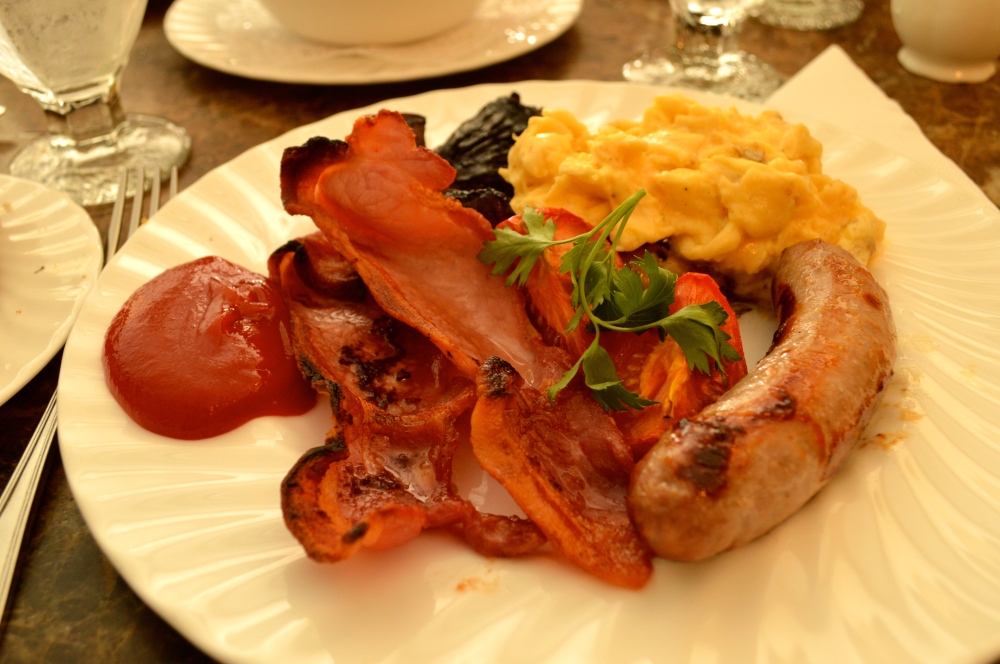 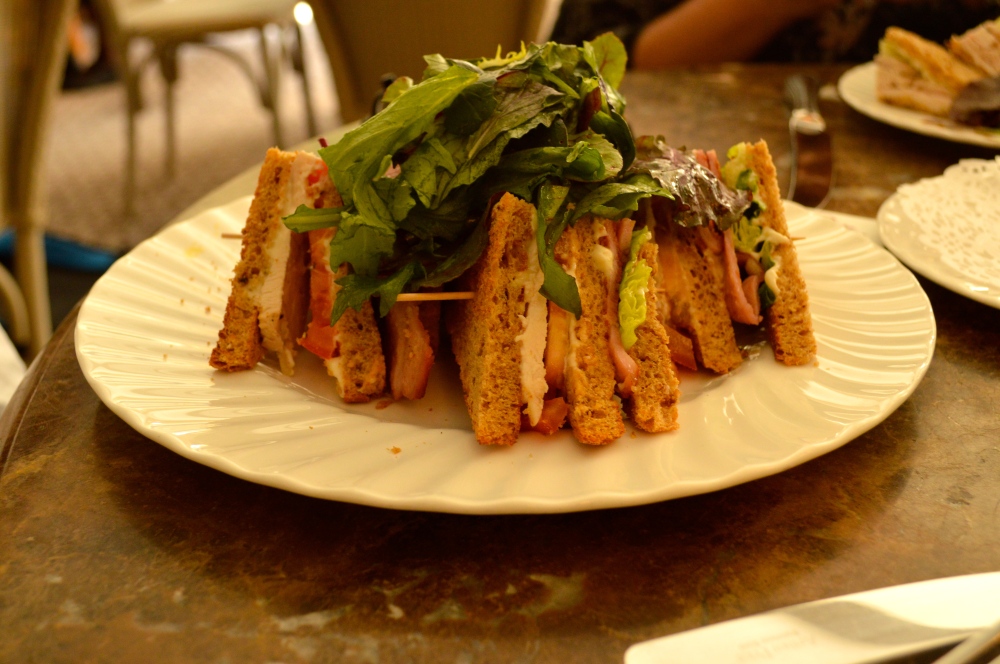 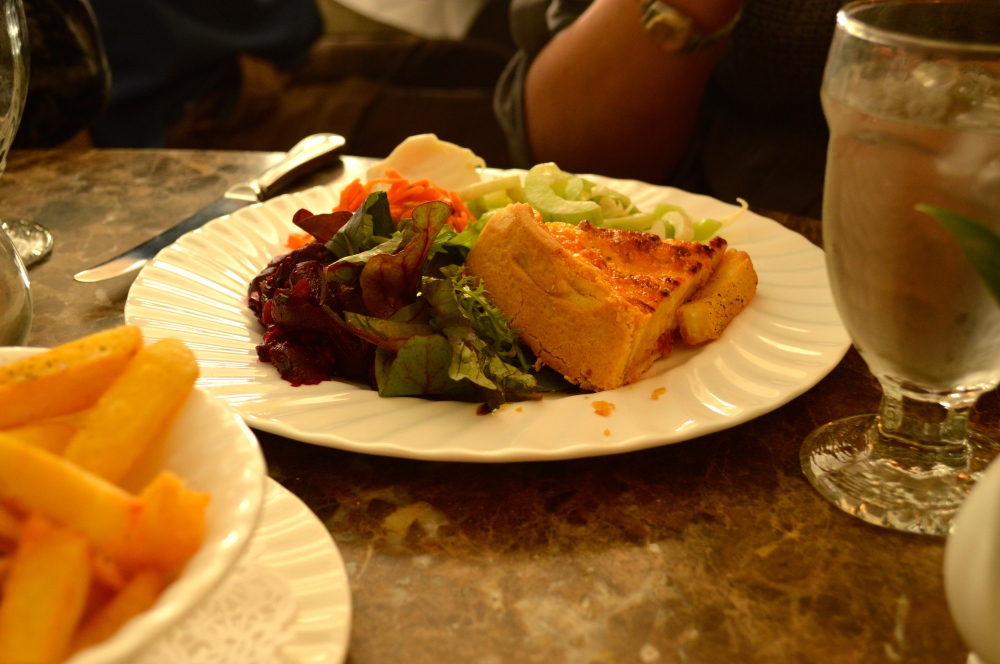 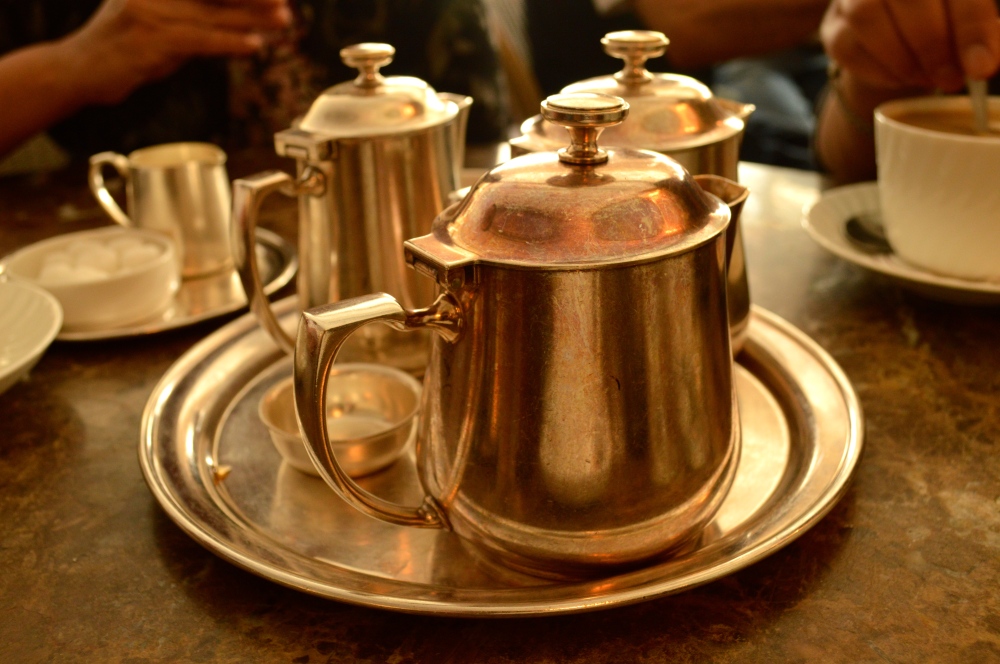 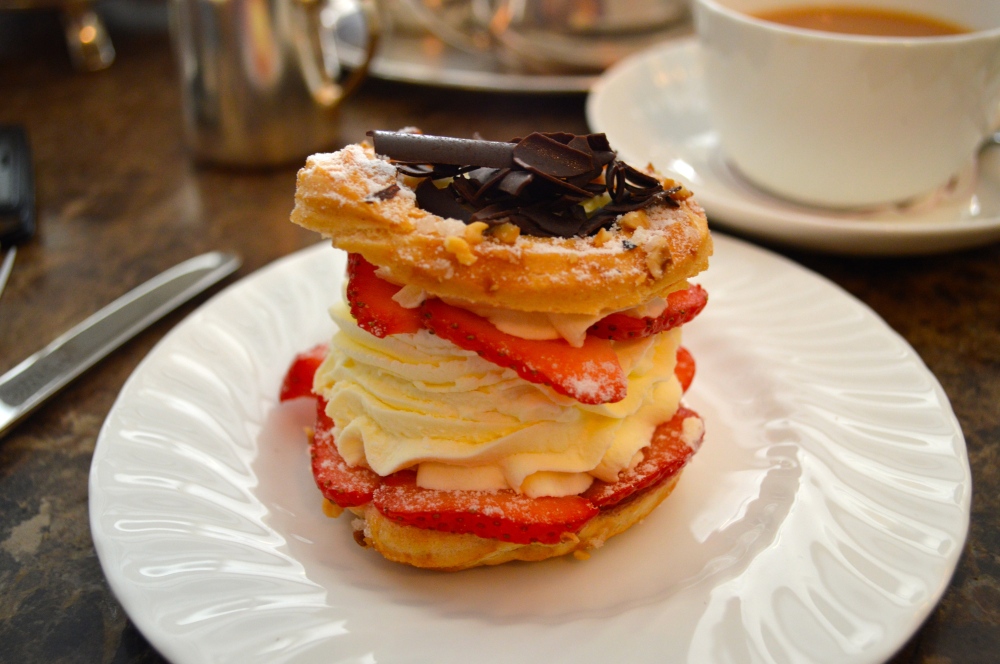 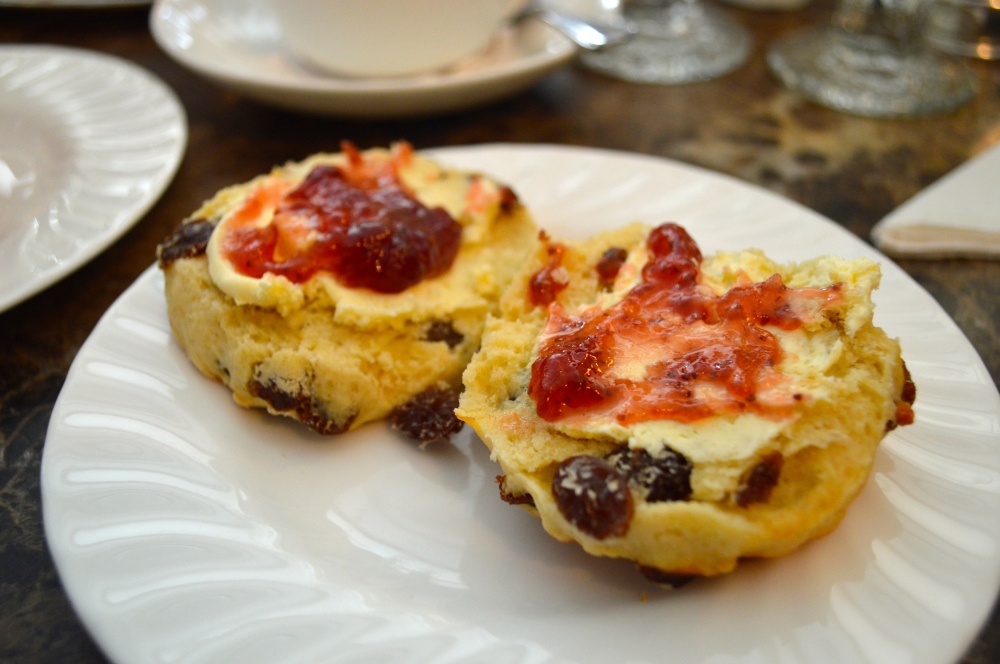 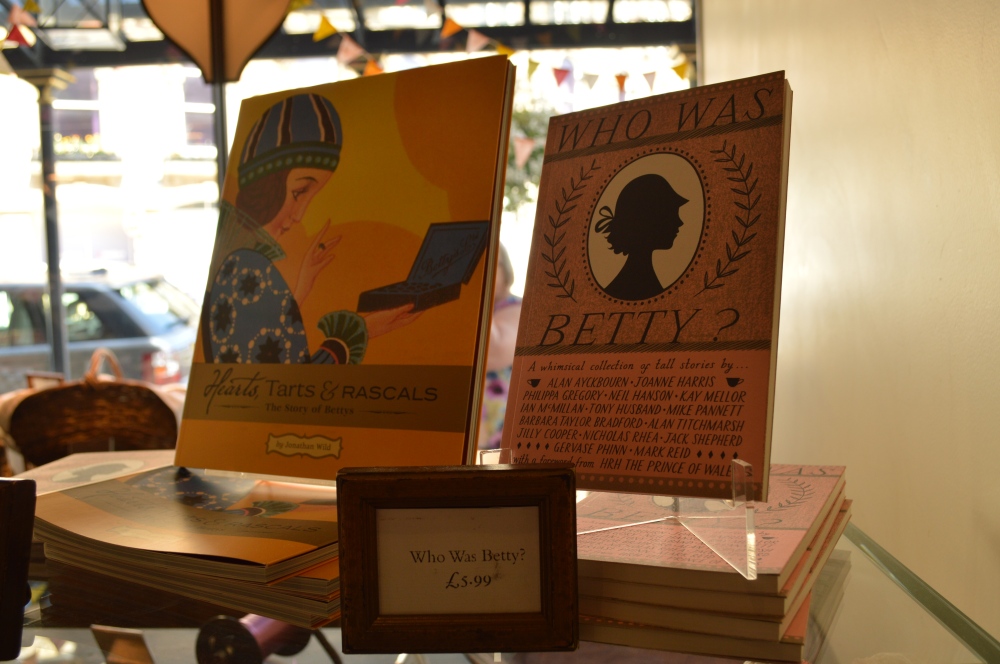 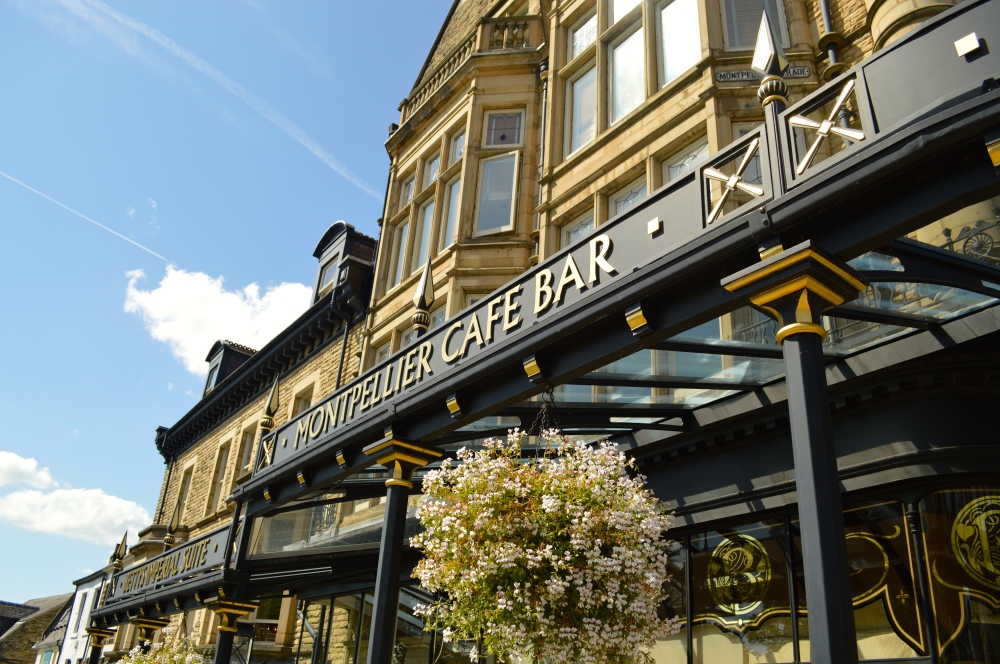 Have you been to Harrogate? I need to go back to look around properly, because we literally parked, ate and left to get to York in good time to see everything there.