Part three! I really thought I could do it in two, I couldn’t. Victoria was right.

The civil ceremony was to take place at 3.30pm at Shortflatt Tower in Belsay, just 20 minutes away from where the Sikh ceremony took place (read about that here). We had 2 hours between ceremonies to get ready. I took this time to go home (5 mins away from Ritu’s house), quickly iron the bridesmaid sari and then my mum arrived to dress me in the aforementioned sari. Don’t judge me until you’ve tried to wear a sari! It’s hard for some people (a bit like telling the time). My mum is a sari maestro, a true professional. I basically stand like a tree while she wraps, tucks, folds and pins. (Thanks mum).

Back to the matter at hand, the wedding of Ritu and Jorin! When I arrived at Shortflatt Tower, the sun was beaming, there was a slight breeze but otherwise the weather was perfect. Ritu was in the most breathtaking room at the top of Shortflatt Tower (named ‘Pretty Nell’) getting her hair done by Rani & having a bit of a breather before the next ceremony. Ritu was getting changed into outfit number 2 (of 3) with the help of Victoria and Gemma (bridesmaids). Wanna see? This delightful outfit was by designer Payal Singhal. So so beautiful! You’ll also see the gorgeous bridesmaid outfits which Ritu bought in India – the sari blouse is made from the Liberty print which features on the invitations. Everything was so well coordinated. 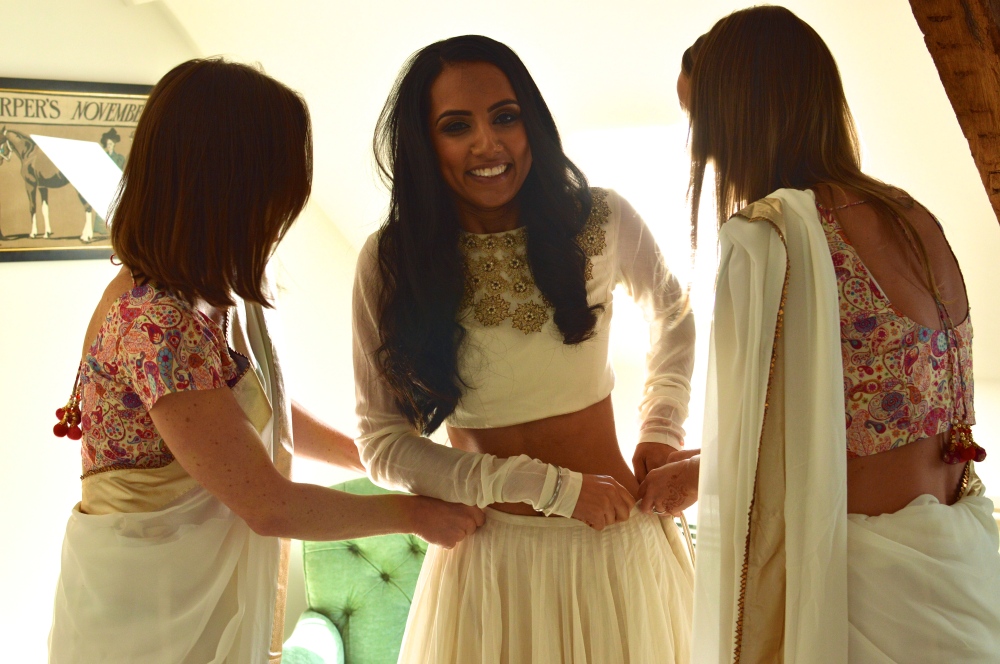 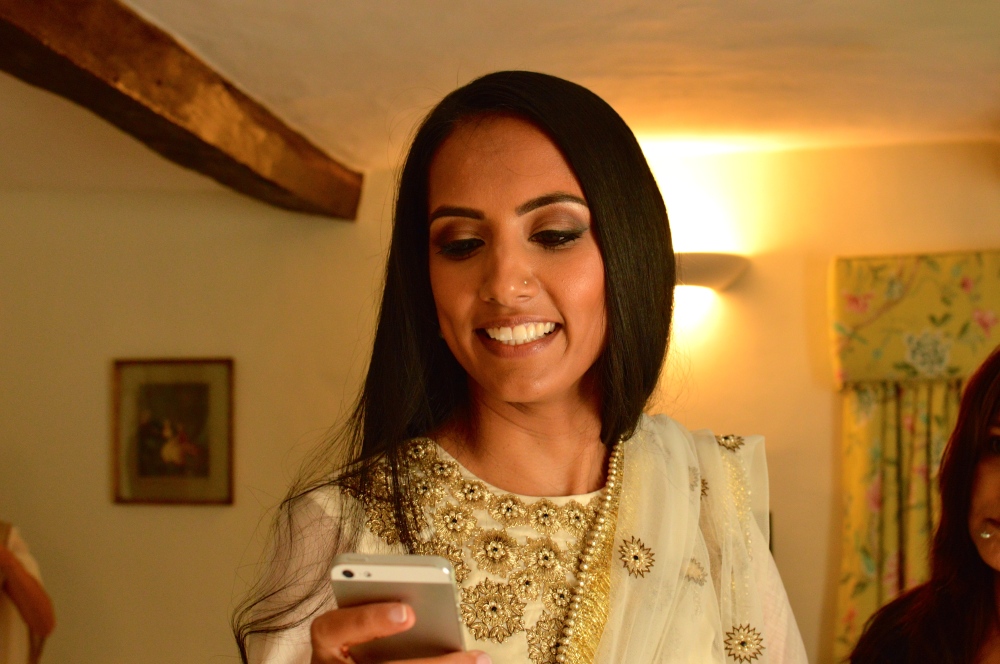 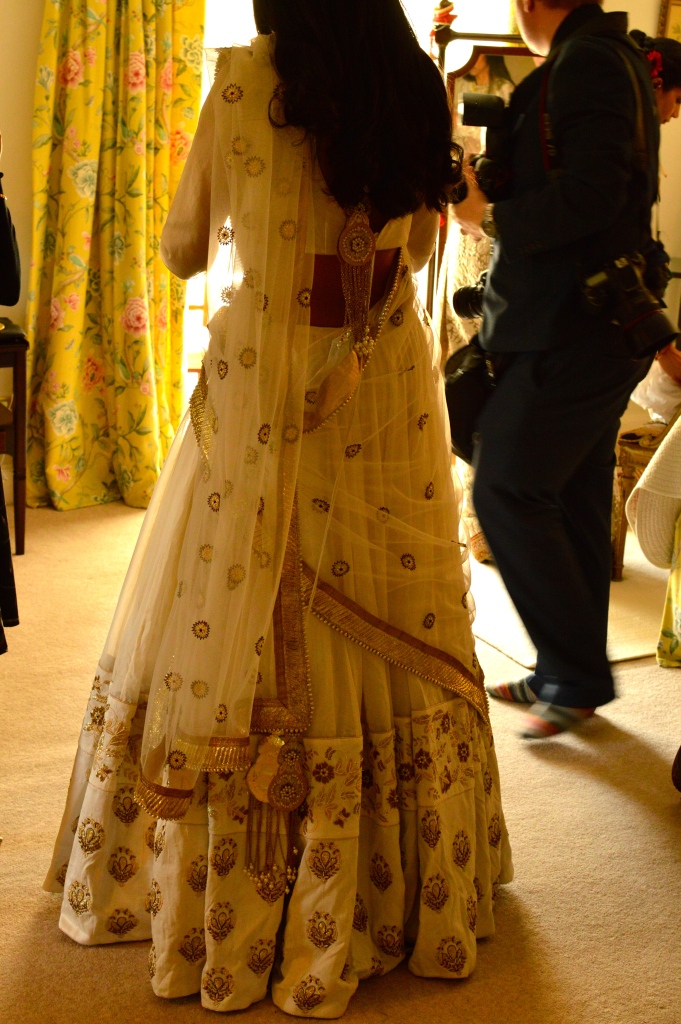 Ritu’s lovely sisters and mum arrived, Sean took photos (I didn’t have shoes on and looked about 4ft tall) whilst outside people had started taking their seats for the ceremony! It was almost time… 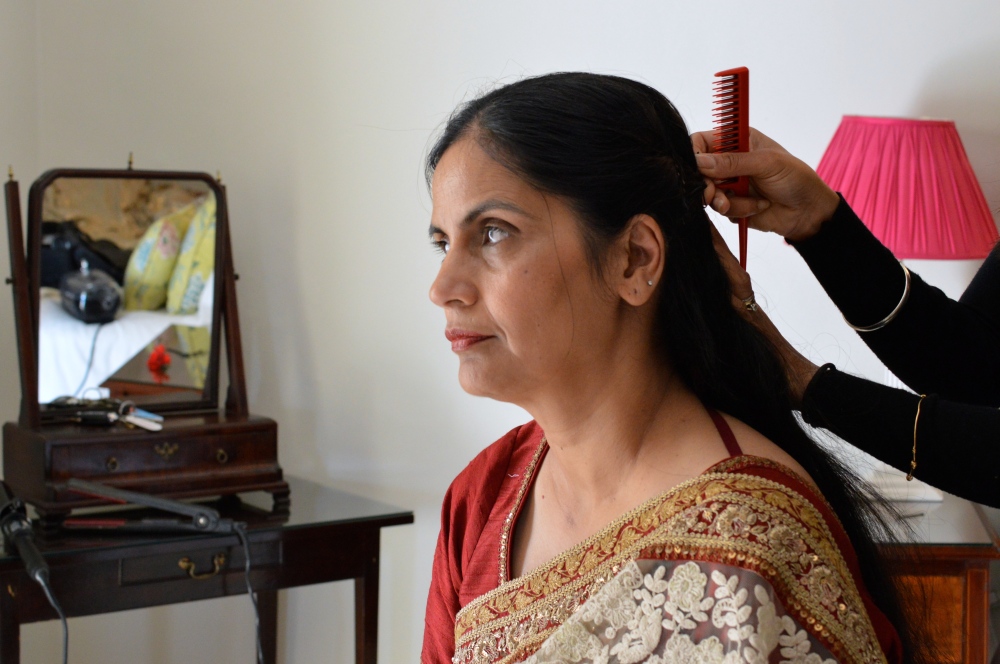 I handed my camera over to Ankush at this point. Well after the photo of the window below: 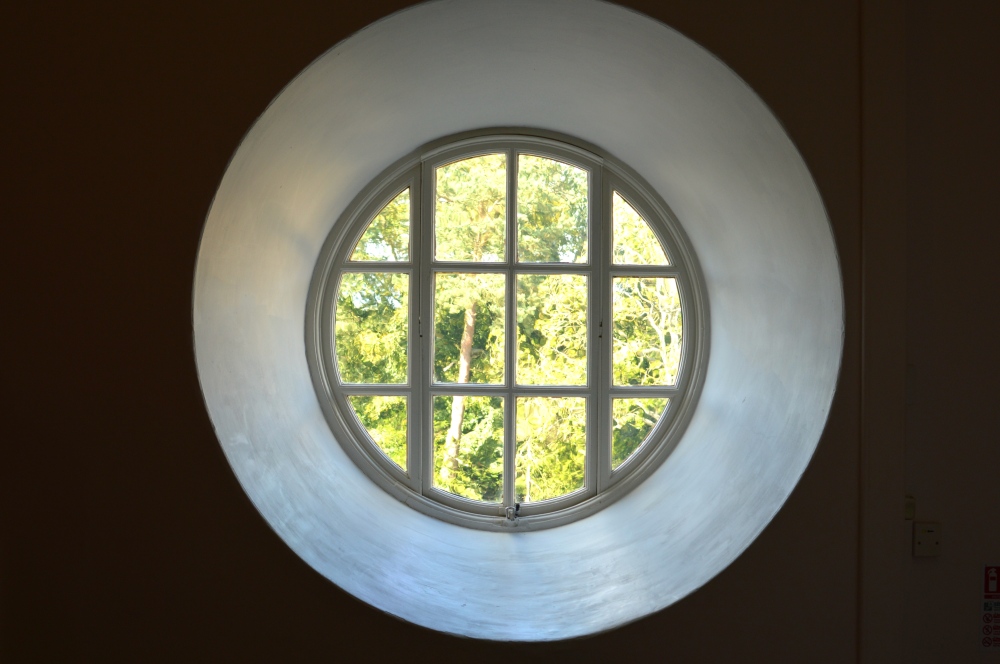 Each bridesmaid was handed a different coloured hydrangea – matching the Liberty print theme perfectly. Wait until you see Ritu’s bouquet! Before we knew it, it was time for Ritu to walk down the aisle and become a Mrs! Ritu was to be given away by her uncle who was waiting to escort her. I could have burst into tears at this point. Weddings really are emotional. 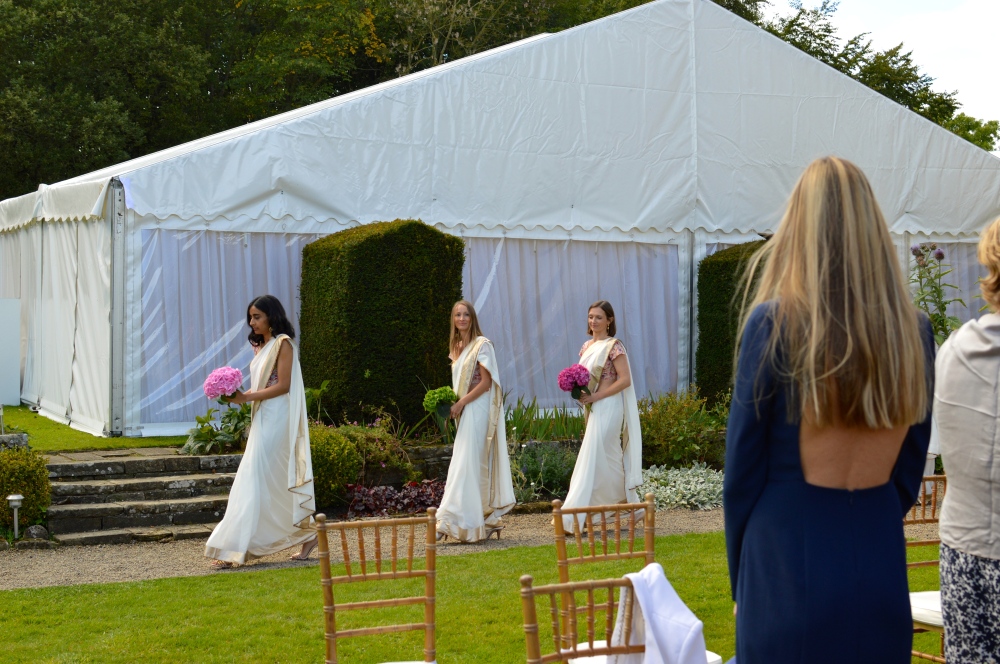 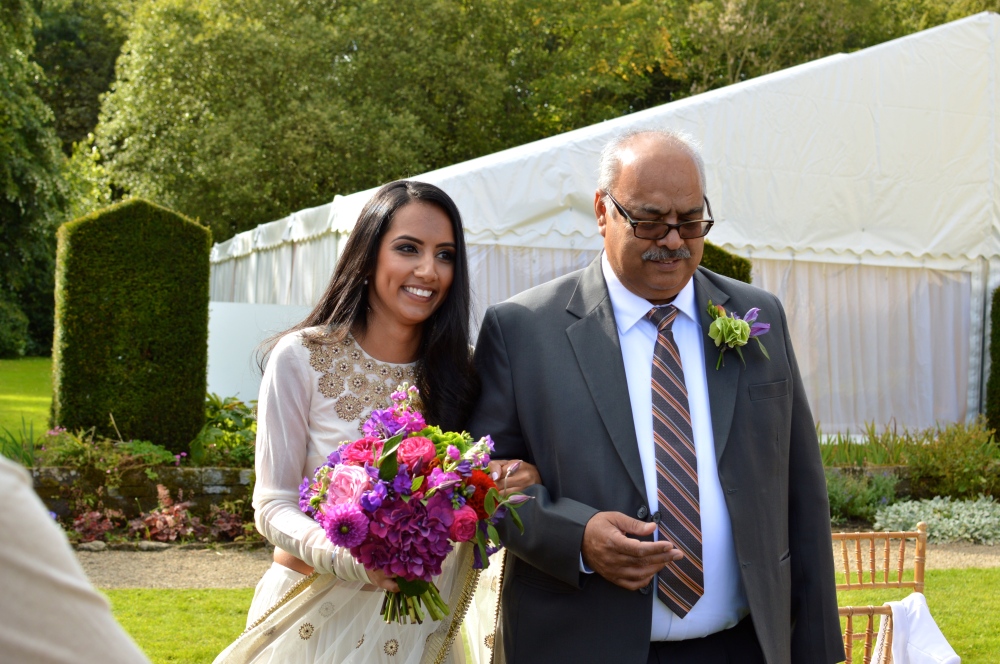 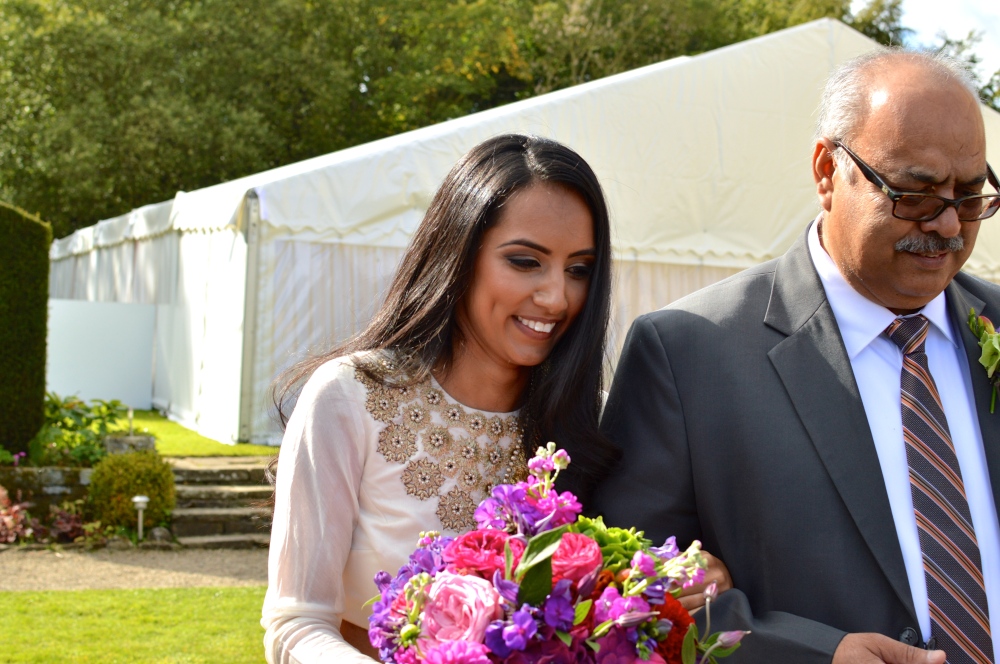 During the ceremony, there were lovely readings from Ritu’s sister (On Marriage, from The Prophet, by Kahlil Gibran) and one of Jorin’s Groomsmen (A Lovely Love Story, by Edward Monkton).

The couple said their vows, exchanged rings and they were MARRIED! 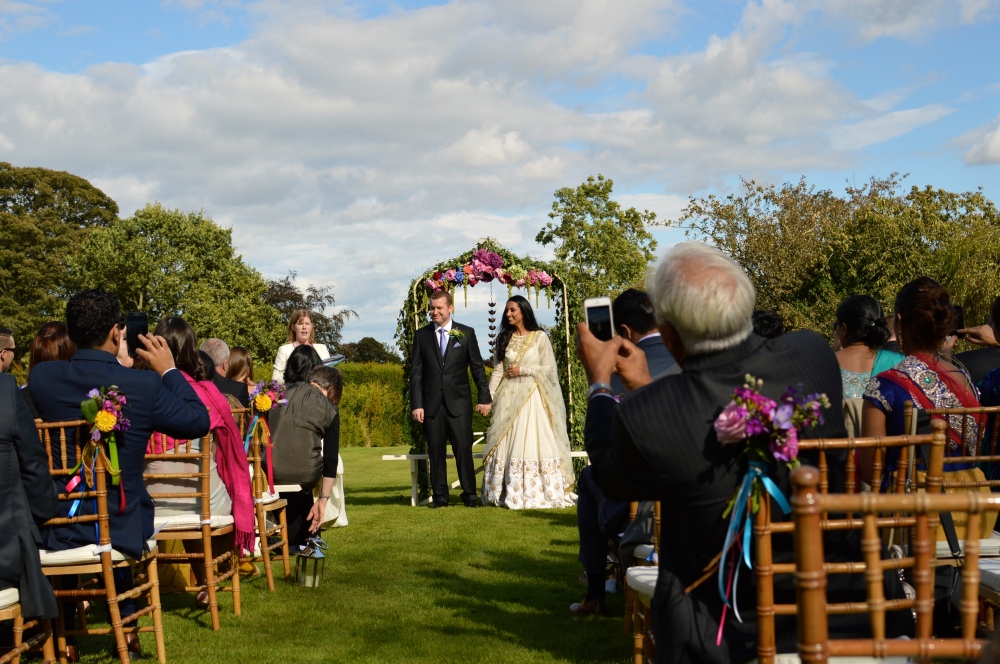 As soon as the ceremony was over, there was a champagne reception, papri chaat was served and it was time for photos. Sean Elliott had us doing all sorts of things – kicking our legs out, Bollywood kissing the person next to us (what does this even mean Sean?!) and blowing the groom kisses! Soon after this the marquee opened for canapés to be served, along with the delicious meringues I posted a photo of in part 1 of wedding week! 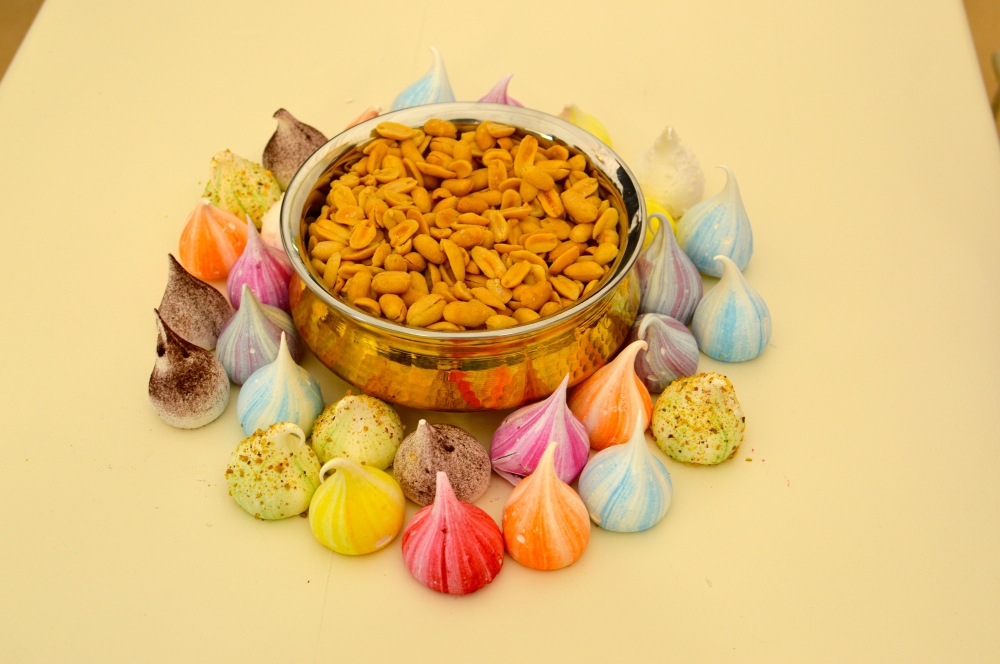 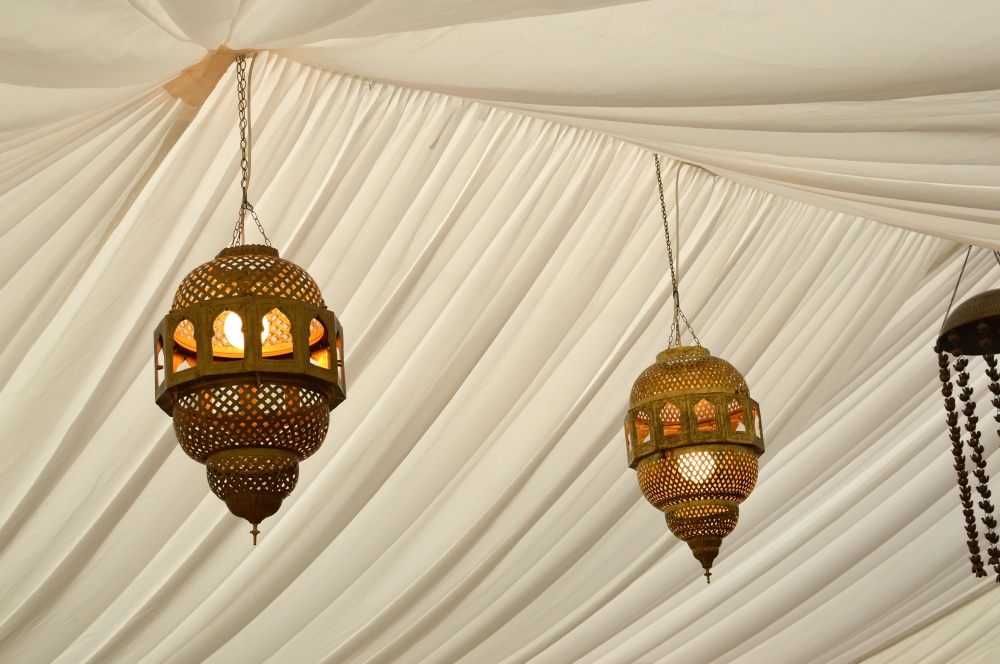 I hope you’re enjoying the photos… there are still more to come.

The flowers arrangements were by the brilliant Helen and her team of florists at Bels Flowers. They were beyond breathtaking. The best flowers I’ve seen at a wedding without a doubt.

The drinks were flowing, starters were being served and guests invited to the evening reception had arrived, so it was time to make our way into the main part of the marquee and await the entrance of our bride and groom! They were accompanied by Gaurav from Devastasian on the dhol – perfect! Check out dapper Jorin and Ritu’s gorgeous 3rd outfit! The final outfit of the day was Sabyasachi, from Bibi London.

Dinner was served promptly (catering was by Karma Foods and was delicious) and it was time for speeches. I didnt take photos, too busy laughing at Gary’s (best man) speech, and saying ‘aahhh’ at Jorin’s speech. When it came to Ritu to say a few words, she had lots of people in tears, at our table, Victoria and I couldn’t pull ourselves together until well into the newlyweds first dance! 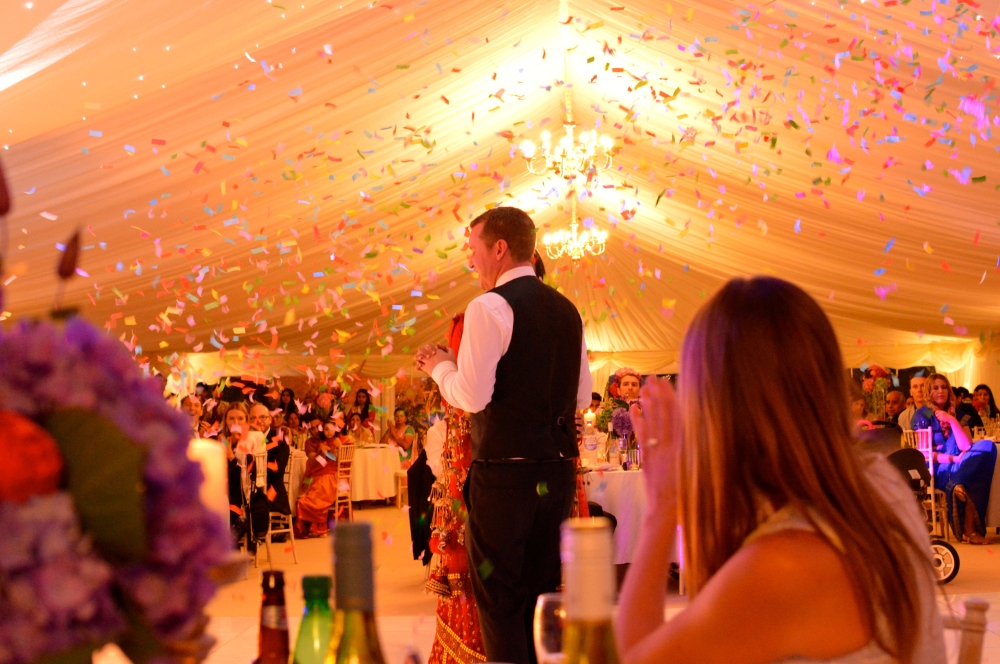 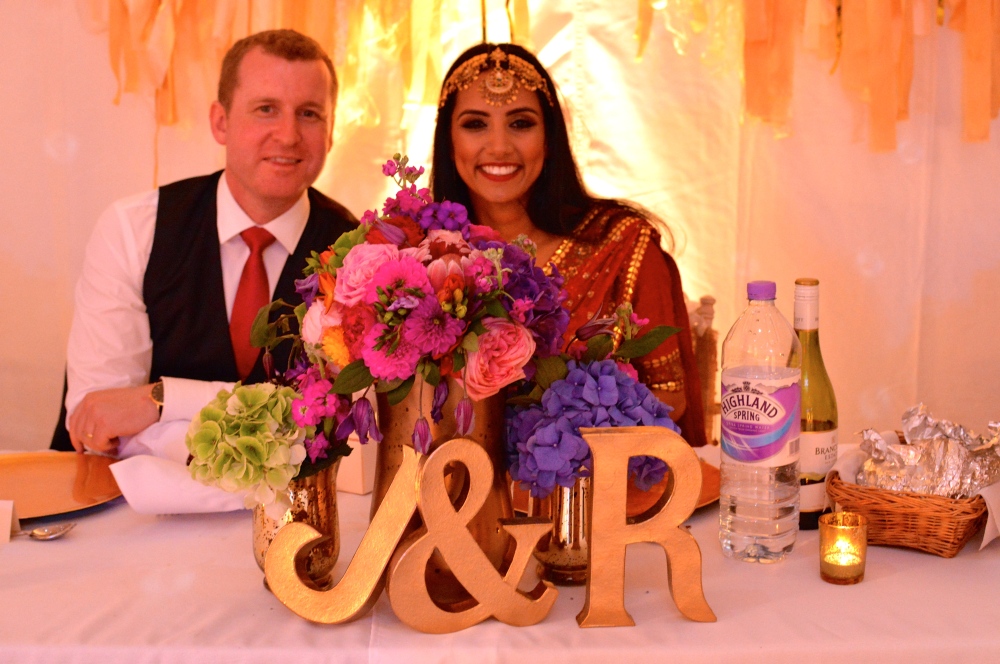 Look at the happy couple!

I didn’t take too many photos after this point – too busy busting some ridiculous moves on the dance floor to celebrate my best friend’s wedding. Here are a few final snaps:

I know this has been long (scarily, I haven’t even mentioned everything I wanted to, like how amazing the venue was for example, and what was inside the favour boxes… it could have been MUCH longer) but I hope you’ve enjoyed reading and looking at the million photos I’ve uploaded!

Would love to know what you think 🙂