It won’t surprise anyone to learn that I (like most of the British population) enjoy a good cup of tea, so when I received an invitation to attend the #RingtonsXmasParty I jumped at the chance.

Ringtons humble beginnings date all the way back to 1907 and I was looking forward to learning more about this well-known local business.  First on the agenda was a little look around the heritage room which was full of things to photograph, ready? 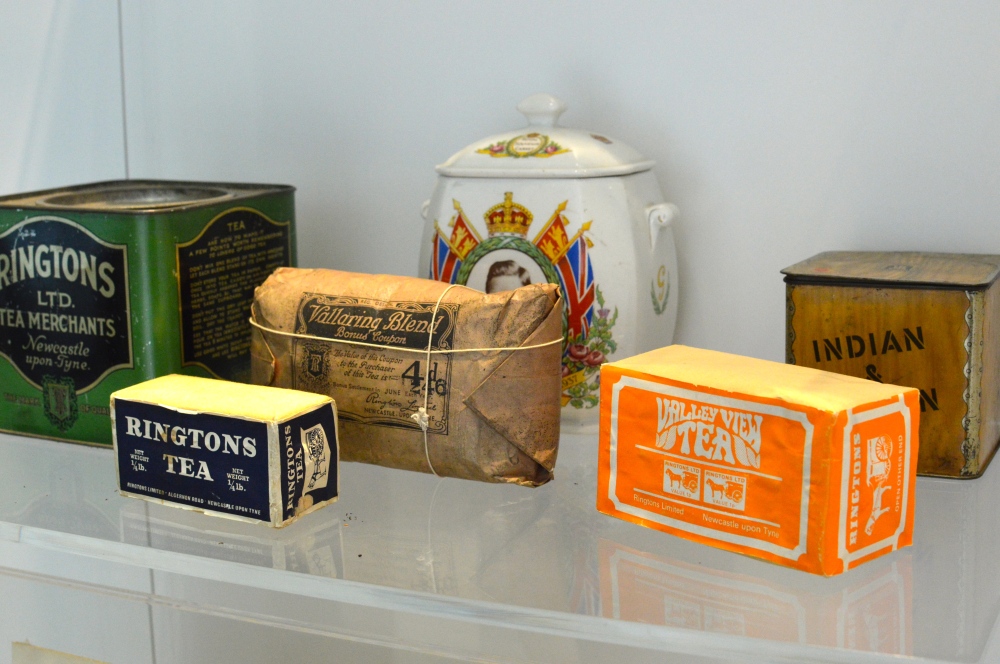 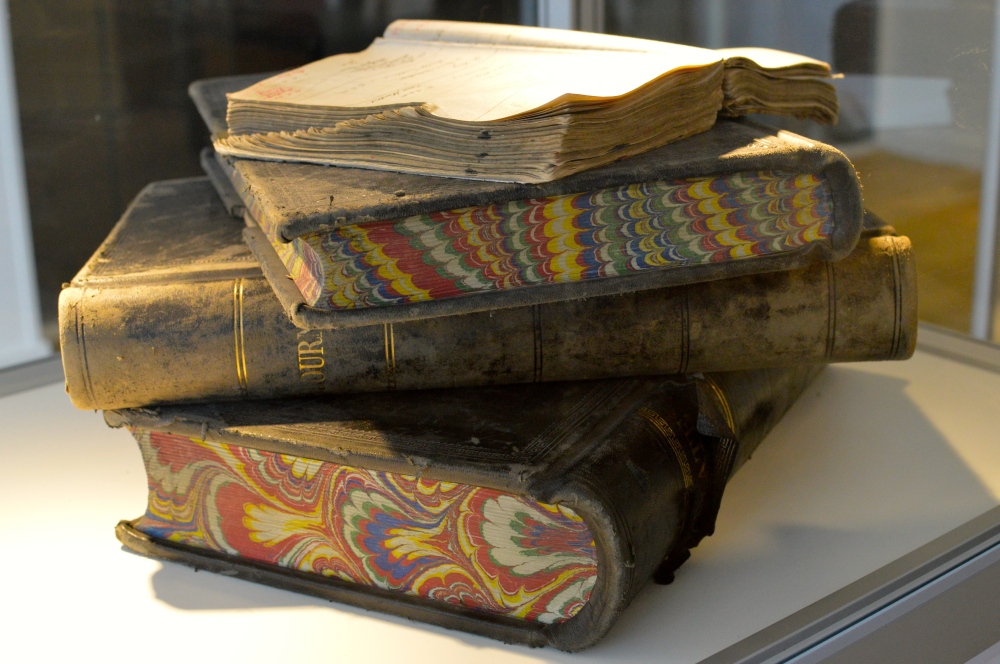 After we’d taken photos, we were taken to a room upstairs.  The room was decorated for Christmas, complete with tree, Christmas crackers, music and of course pots of tea, this was the Ringtons Xmas Party after all!

Jon, the Director, joined us and gave us a bit of insight into how Ringtons came to be as well as a brief business overview, answering any questions we had.

History lesson:  In 1907 Samuel Smith moved to Newcastle from Leeds and started selling tea from a horse and cart with a £250 investment from William Titterington.  The company name Ringtons is made up from the end of William’s surname and the S from Smith (apparently, the sign-writer couldn’t fit Titterington onto the cart, so they came up with Ringtons!).  During the First and Second World Wars, workers were sent to war but their jobs were kept open for them when they returned.  It has always been a company that has kept its people at its heart.  Innovation is also an important part of the company’s history, for example, in the 1960s, when people didn’t think teabags would catch on, they invested in a teabag machine.  Today, Ringtons remains a family-run company with their roots firmly planted in the North-East.  They have 215 vans delivering to their 250,000 loyal customers, with a company turnover of £530,000,000!

Next up, we visited the tea-tasting room (which is north-facing, so it gets natural light and no direct sunlight) and were talked through the science of tea-tasting by expert tea-tasters and blend creators Dan and James!  The room was amazing, the benches were lined up with tea after tea, ready for us to taste.

Despite being shown how to slurp the tea & spit it out into the spittoon, I was too embarrassed to do this so just drank the tea instead – yum!  We were taught all sorts of interesting tea facts, for example tea tasters use 6 grams of tea when tasting, but to make it more palatable for us, ours was brewed with 4 grams.  Did you know that when looking for a good quality tea, you want to look for a dark leaf? I didn’t.  Would you like to hazard a guess at how many cups of tea we as a country, drink every day?  Oh, just a mere 170 MILLION cups… that works out to 2,000 cups per second.  One hundred and seventy million cups of tea a day. 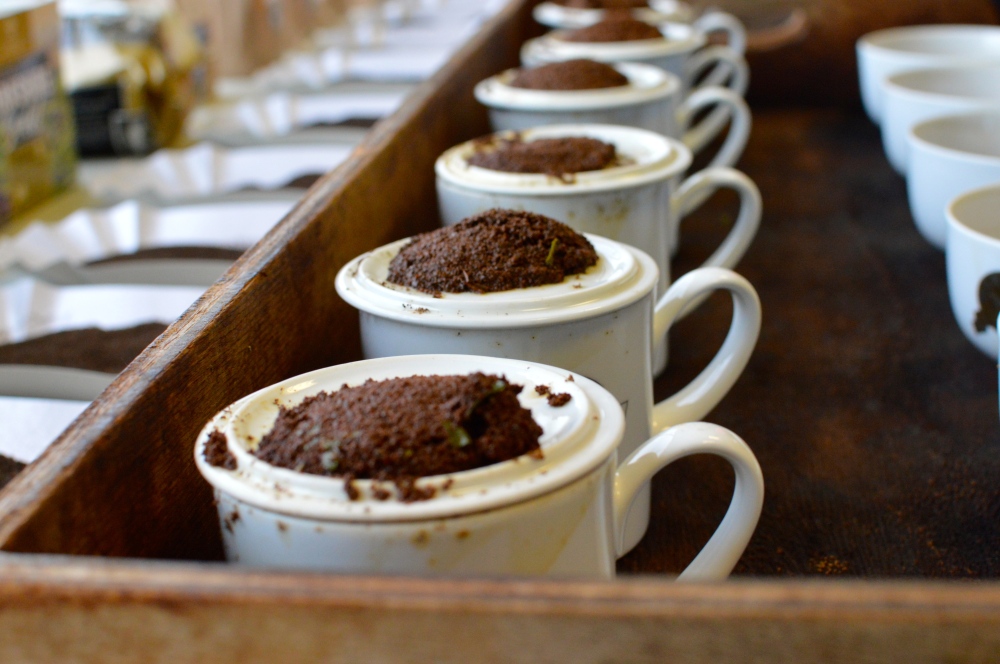 After tasting and learning about the differences between Black, Green, White, Darjeeling, Assam, Oolong, Yellow  fruit infusion teas (which often contain no actual tea) we finished off by tasting the three Ringtons Christmas blends (Spiced Chocolate Orange was my favourite of these three). From all the teas we tasted, I loved the Ringtons Darjeeling Tea and the Ringtons Jasmine Phoenix Pearls the most. It was clear after listening to Dan & James, that quality and consistency of their teas was of the utmost importance to them. They really know their stuff, as you’d imagine!  Despite tasting up to 400 blends per day, they both still sit down to a cuppa after work 🙂

We finished off the afternoon by sipping mulled wine, more tea and enjoying a festive feast & a natter in the Christmassy room.  Before leaving we were all handed a wrapped Christmas present!  In mine I got a Mr Moustache mug (hey, I’ve just been threaded), some shortbread biscuits and a pack of teabags!

Thank you Ringtons for a wonderful afternoon!  I learned so much and the passion of your master tea tasters has totally won me over, I’ve bought a box of your famous Ginger Snap biscuits from Fenwick Food Hall and am making the switch from Yorkshire Gold to Ringtons.

Before I go, the postcard from the gift set is just gorgeous so here’s a close-up.

I’d love to hear about your memories of Ringtons tea if you have any stories to share. Did your parents/grandparents get the Ringtons doorstep delivery? Do you get it now? Hope you’ve enjoyed reading!