Two years in the making, The View at Tynemouth Longsands, is now open for business! Owned by the Wilson family, who also own Crusoe’s, The View really lives up to its name… with huge ceiling to floor windows, there are panoramic views of the beach from every seat in the restaurant. The seaside theme is present throughout, with some lovely nautical features, including a row of beach hut booths. There’s an outdoor seating area too, also complete with little beach huts.

The View is open from 8am until 10pm, they serve breakfast/brunch until 12pm and then there are paninis, pizzas, salads, burgers and fish to choose from. The menus were being printed when we visited, so I don’t have a photo of the menu to share with you.

There’s a take-away kiosk on ground level, if you fancy grabbing something and taking a walk along the beach. We do this often, at Crusoe’s.

We arrived at around 12pm and the place was heaving! Who knew it would be busy on a Tuesday afternoon, before the school summer holidays?! There was a huge queue to order food so we found ourselves a table and I popped to the bar to order. The beach hut booths looked so cosy but it felt a bit cheeky to sit in one of those when it was so busy and it was just the two of us. There was a bit of confusion over the pork & leek sausage sandwich (£4.50 – sausages from Sausology) and whether or not I could order it, because breakfast had stopped being served. The sausage sandwiches are listed separately from the breakfast menu and I’d heard another guy just order one so I just asked again and the lady serving me figured it out. We also ordered the haddock and chips (£11). There was a little wait for the food, but one of the staff did come over to apologise and said the kitchen was really busy. I expected a wait, after seeing how packed it was. Plus, it was their first day serving the hungry general public 🙂

When the food arrived, there were a few ‘oohs and ahhs’ from the people around because of how amazing (and massive) the fish & chips looked! The photo doesn’t actually do it justice.

The giant fish & chips came with a small cup of mushy peas and a small jar of tartare sauce and a squeezy sachet of heinz ketchup. I did ask for another sachet of ketchup but it didn’t arrive, so I nicked some from Ankush’s plate. We ended up sharing, so we both had half a sausage sandwich and half fish & chips. The haddock was delicious, as was the crispy batter. The chips were lush, crispy on the outside and fluffy on the inside. I poured loads of vinegar on the chips and a quick sprinkle of salt. I barely touched the mushy peas but they were nice, just mushy enough! I enjoyed the sausage sandwich too. Ankush also liked it but is a bit of a sausage sandwich connoisseur and said he enjoyed it but he’d had better. He loved the haddock and chips, it was definitely the star of the… erm, lunch. 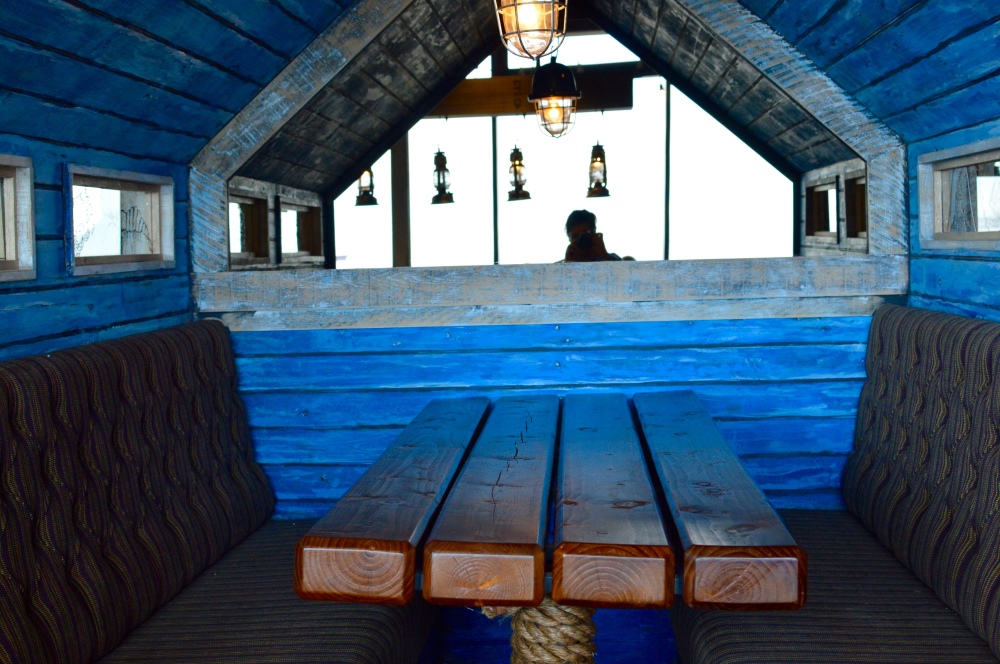 A few more pics of the interior… 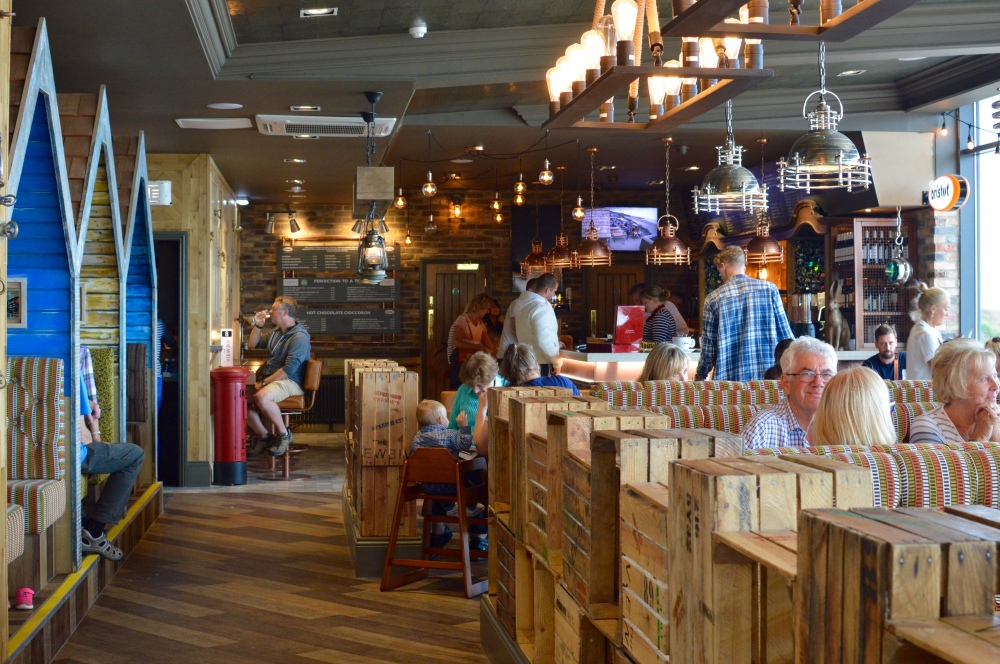 We ordered one of the indulgent looking muffins and a hot chocolate to share, we ended up leaving half of each because we were too full. I’m sure I’ll regret leaving this muffin when I next fancy something sweet. 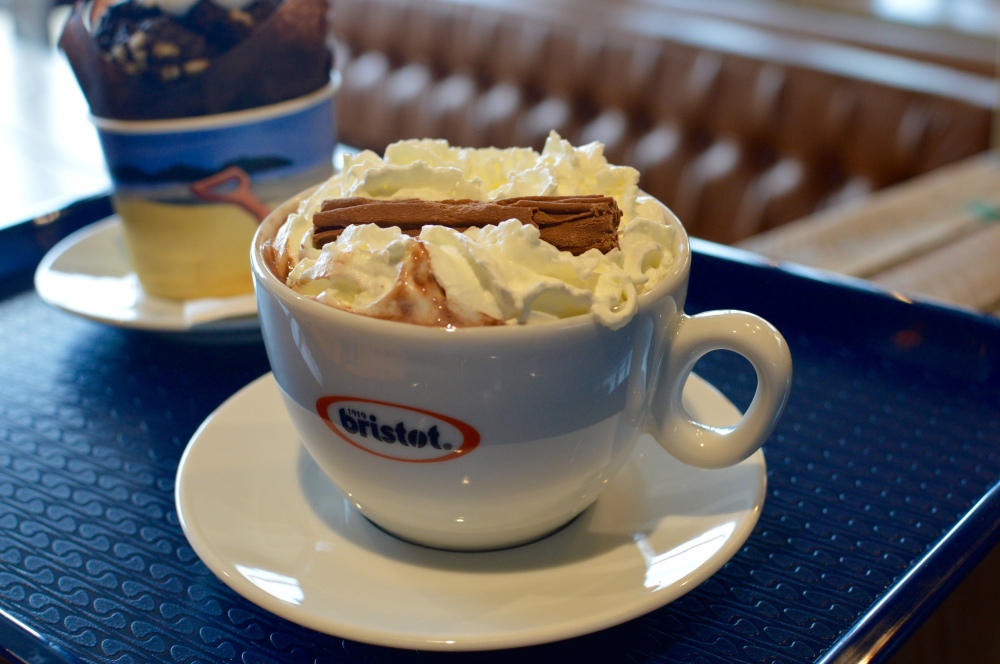 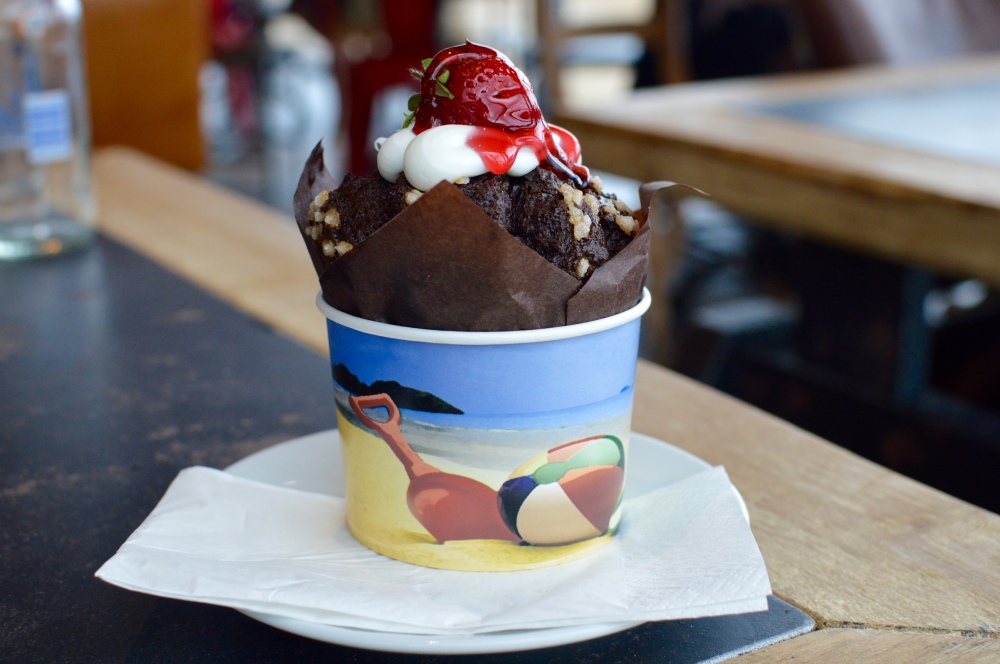 On the way out I managed to take a couple more photos as it had quietened down a lot. 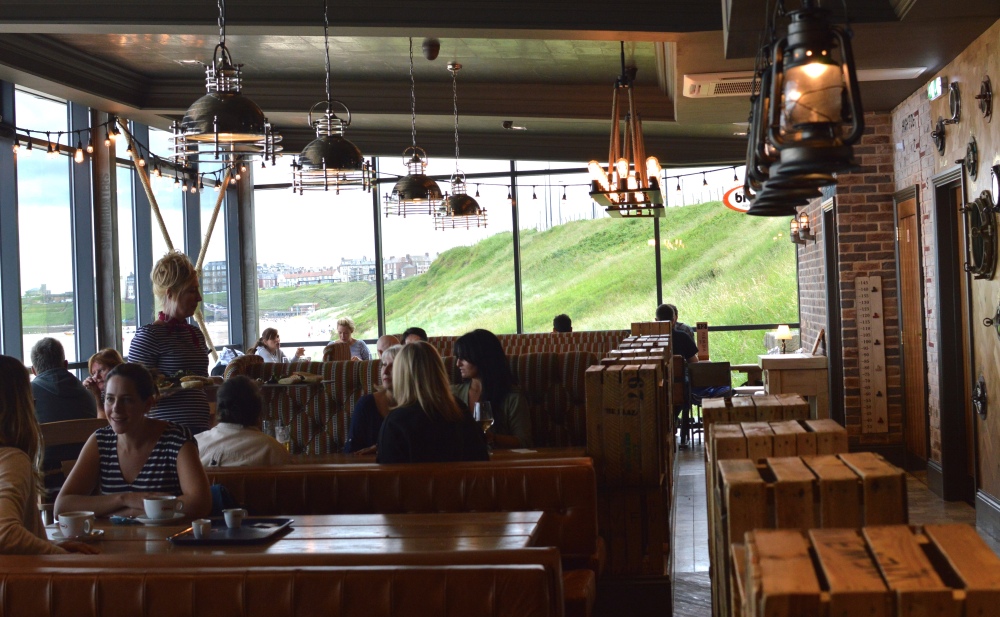 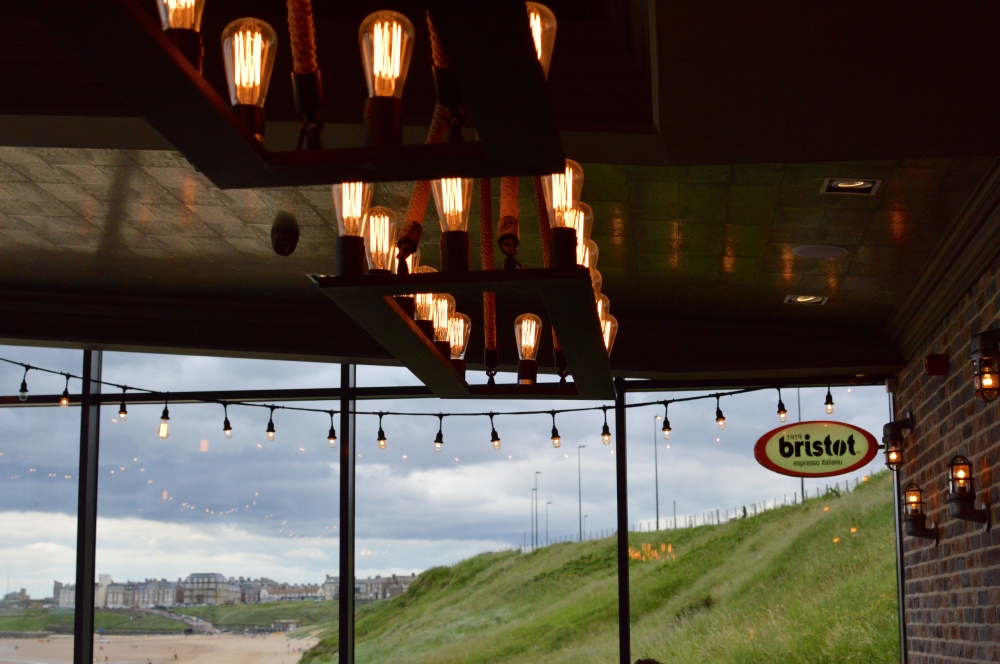 I wanted to take some pics of the outdoor area but it was still quite busy so this was all I could manage.

For their first day, the staff did really well. I didn’t expect it to be so busy on a Tuesday afternoon and neither did they from the sounds of it! Our food was lovely, reasonably priced and  the views from the restaurant made the trip more than worthwhile. We’re big fans of Crusoe’s, usually heading to the takeaway kiosk before walking along the beach, but I can see us popping to The View a lot, probably for coffee and cake more than food. We drive to the coast a few times per month, it’s our favourite place to go on a Sunday afternoon, so we’ll be back to sample more of the The View’s delights really soon.

Let me know what you think if/when you visit 🙂 I can really recommend their muffins!