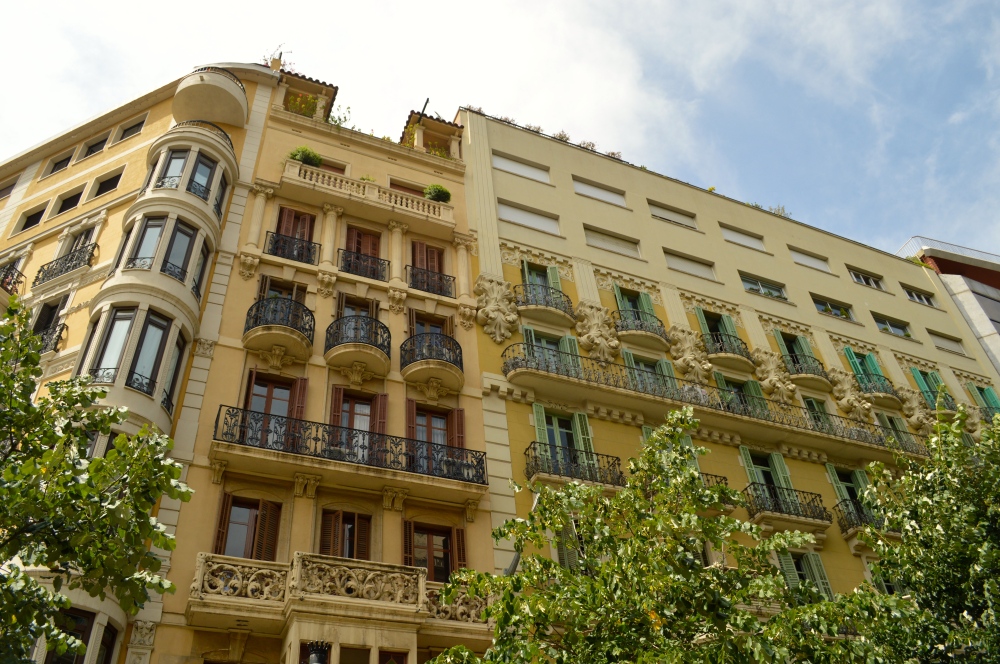 Last weekend I travelled to Barcelona for my best friend’s hen weekend. I won’t go into too much detail about the shenanigans that took place, after all… what happens on a hen weekend in Barcelona STAYS in Barcelona (or so the overused saying goes…ha ha).

I travelled with a friend from Newcastle – the other 10 hens were flying in from London… We stayed at Hotel Omm which is in the centre of Paseo de Gracia. It’s a 5 Star Hotel which has been open since 2003 and if I’m honest I’d been super excited about getting there after checking out their website and Trip Advisor reviews. I’ve been disappointed in the past when website pictures don’t really match up to reality, but with Hotel Omm I can definitely say this wasn’t the case. I was in room 607, sharing with the bride-to-be (who wasn’t arriving until late Friday evening). The double room was lovely, twin beds, with a little balcony and a gorgeous shower/dressing area. The complimentary toiletries were full size re-fillable bottles, none of those tiny fiddly plastic bottles – much easier and also better for the environment. The design was so minimalist which is exactly what I like in hotel rooms – oh and we had a Parlux hairdryer, not one of those tiny hairdryers that look like a hoover extension. I’ve been wanting to buy a Parlux for ages (I’m definitely getting one now because this wonder machine dried my hair really quickly without leaving a disappointing halo of frizz). The only thing I found a bit odd about the room design was that the toilet was separated from the bathroom, and there wasn’t a sink in there (but there was a bidet), so after you’ve been to the loo you have to come out of the toilet, walk through the room and to the bathroom. It’s only a minor thing and it wouldn’t stop me from staying there again, still worth mentioning though. The hotel has a beautiful rooftop bar and pool with lots of comfy seats and sun shades for lounging (which is exactly what we did all day on Sunday, it was a bit like a departure lounge as hens began leaving mid-afternoon to make their way to the airport). There’s also a gorgeous spa, which we didn’t really take advantage of – except for freshening up right before our taxi arrived to take us to the airport. The hotel staff were really helpful, accommodating and professional. They get 10/10 from me.

Time for some hotel photos I think – stupidly, the only picture I took showing the beds was taken on my iPhone so it’s not great. SOZ. 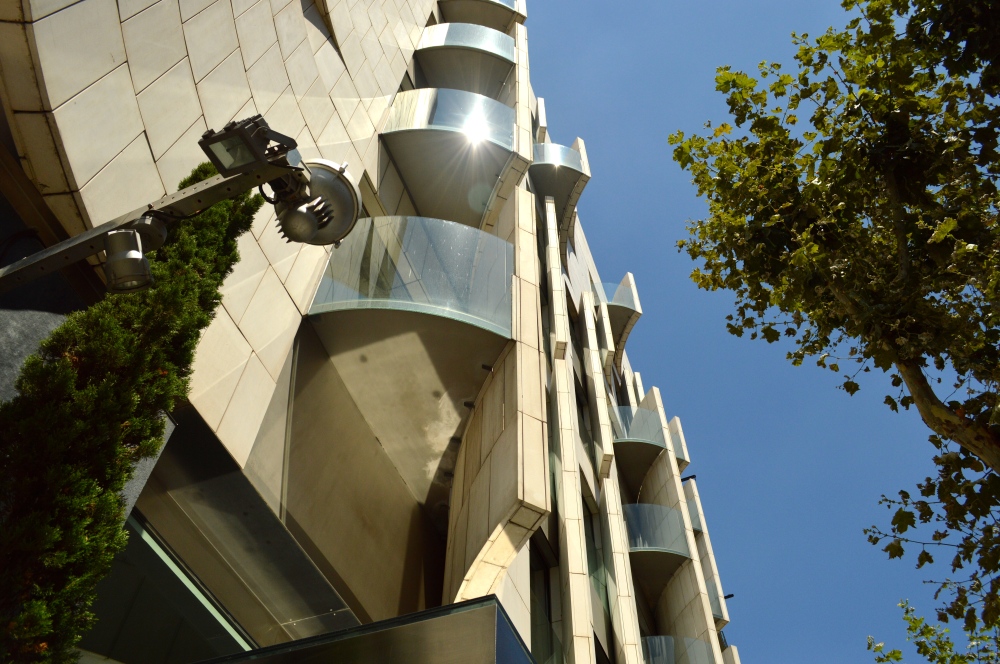 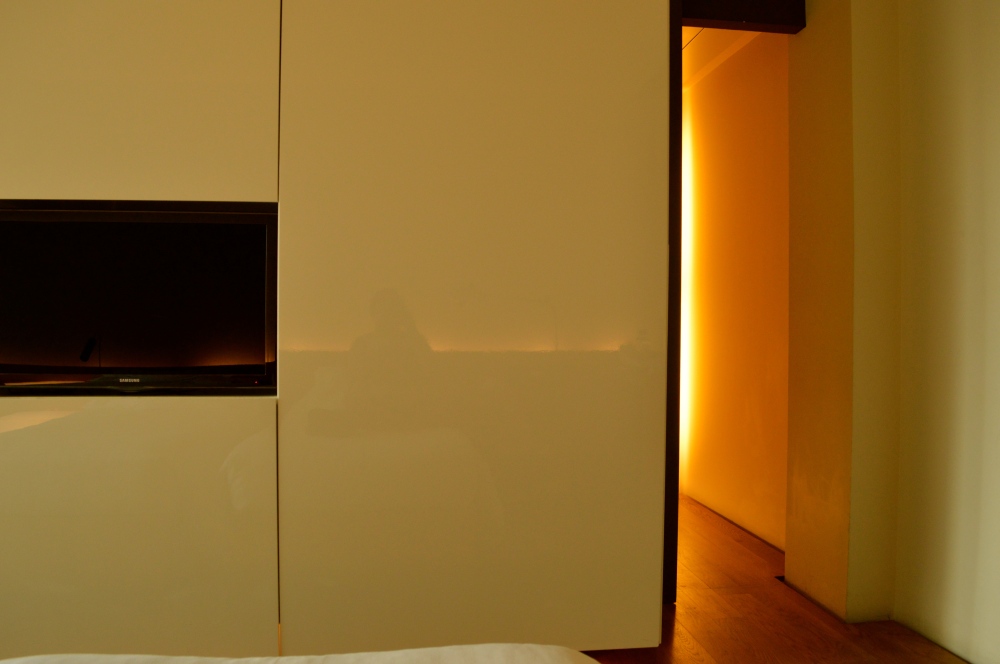 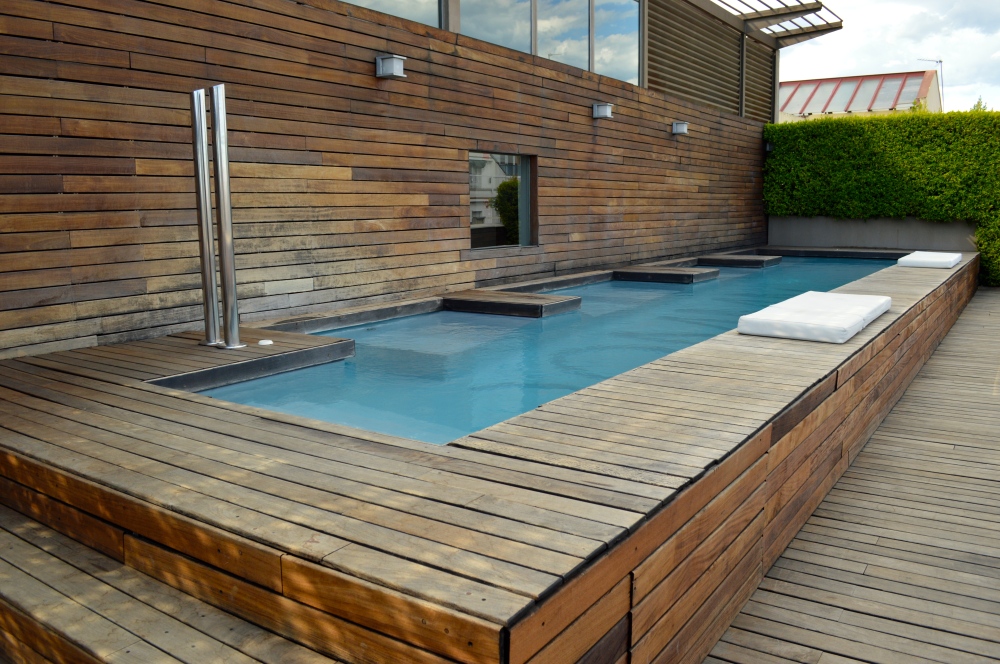 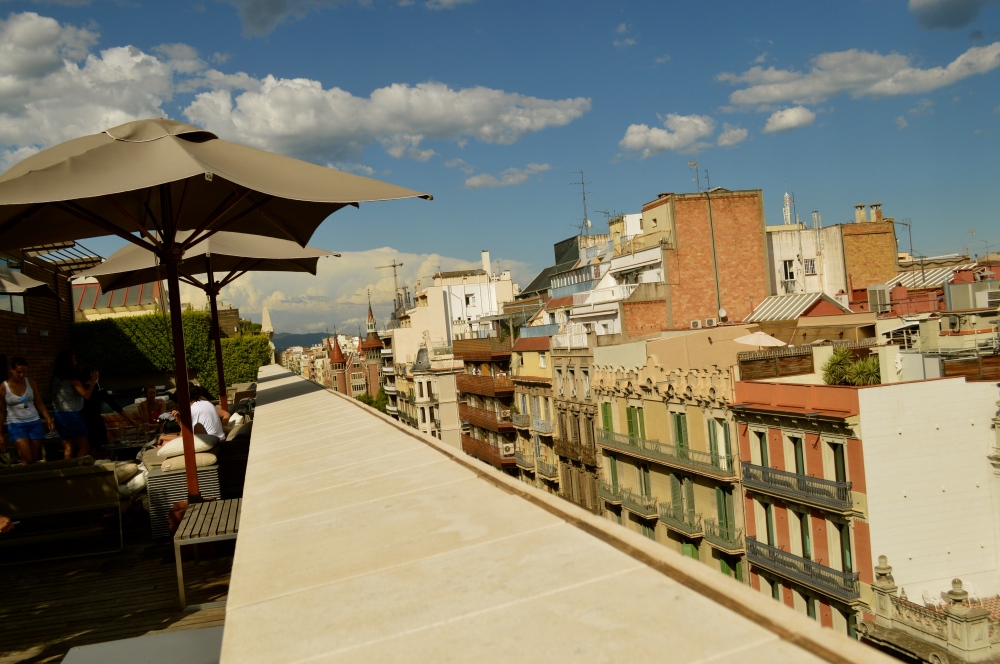 On Saturday morning, some of the hens embarked on a Barcelona Architecture Walk. We did BAW2: Antoni Gaudi. BAW is run by a group of architects, one of whom will lead your walk…this year they’ve won a Trip Advisor Certificate of Excellence – fancy! The Gaudi walk lasts approx 3 hours, here’s what the website says about it…

The BAW.2 is the portrait of this sinuous dream that took Gaudí from his interest in the social, through which he envisioned Barcelona in full metropolitan expansion at one Barcelona, until his absorption in the divine, seeing Monumentality as the final synthesis of the architectonic and becoming “the last cathedral’s builder”.

The early start (meeting at 10am in the lobby of the hotel) wasn’t too appealing initially (after going to bed at 3.30am – late night chats with the bride-to-be) but I am so pleased I went on this walk. The weather was gorgeous, we learnt a lot about Gaudi and his architectural masterpieces but it was also an opportunity to chat. I enjoy chatting. Ricard – the architect leading our walk – was so knowledgeable and passionate about Gaudi’s architecture that you couldn’t help but listen. The time flew by! Here are some photos for you. I should point out that there are some non-Gaudi related photos below. 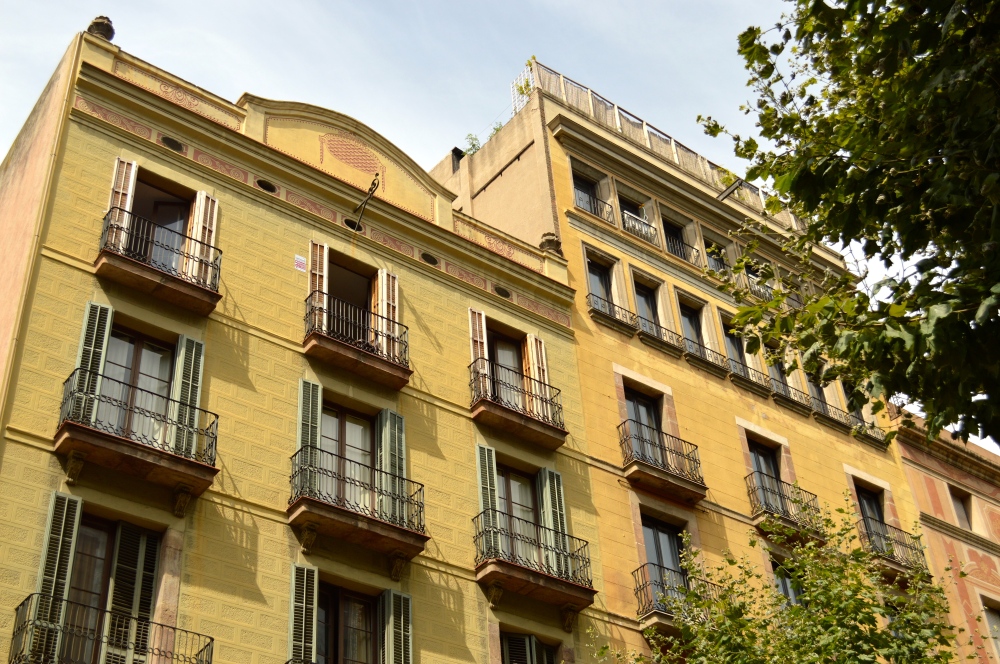 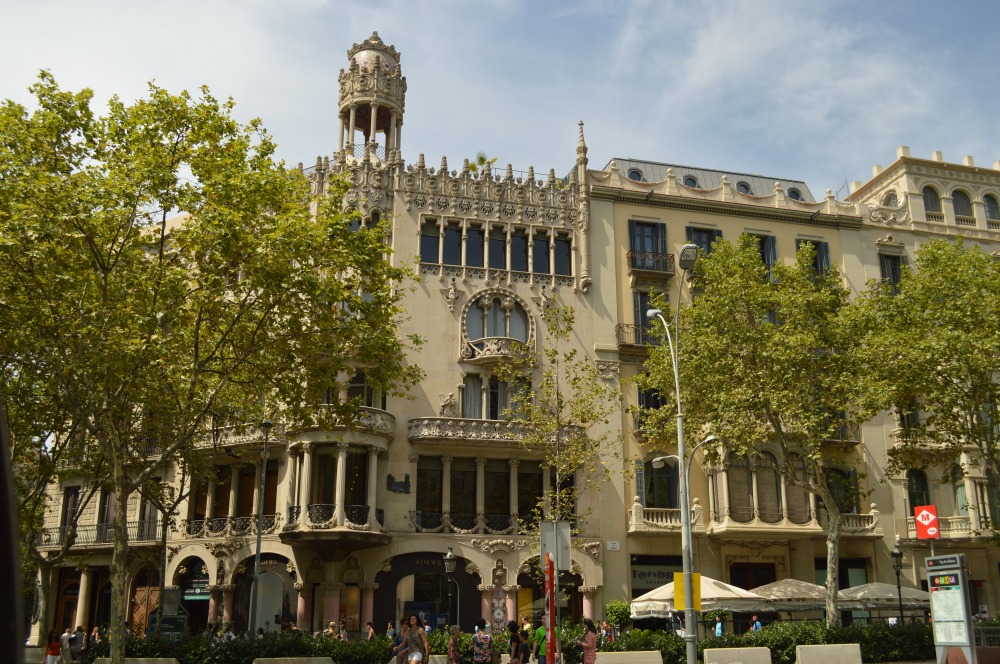 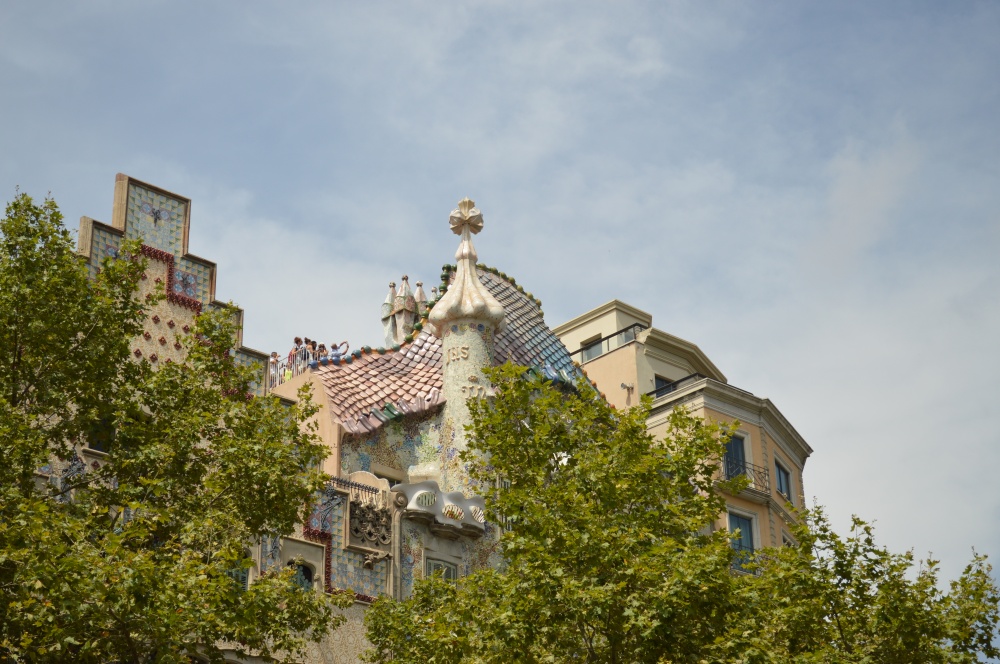 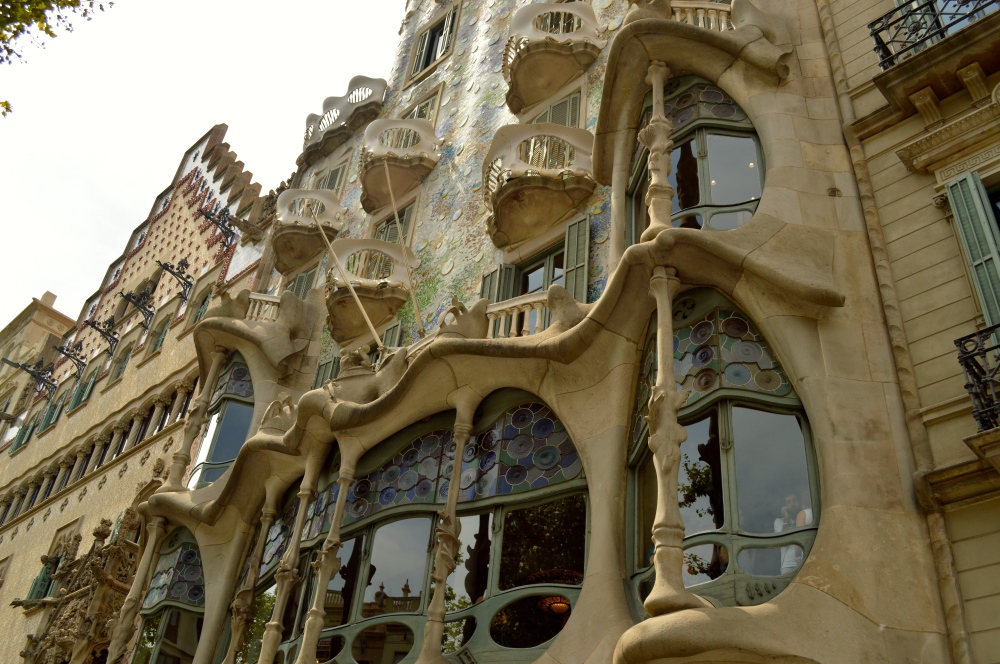 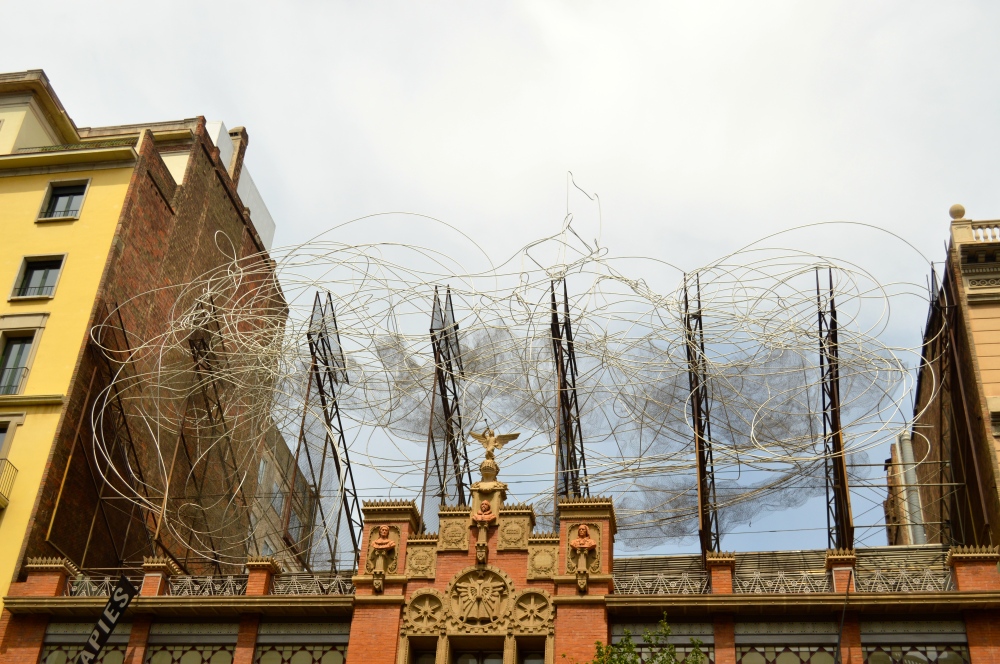 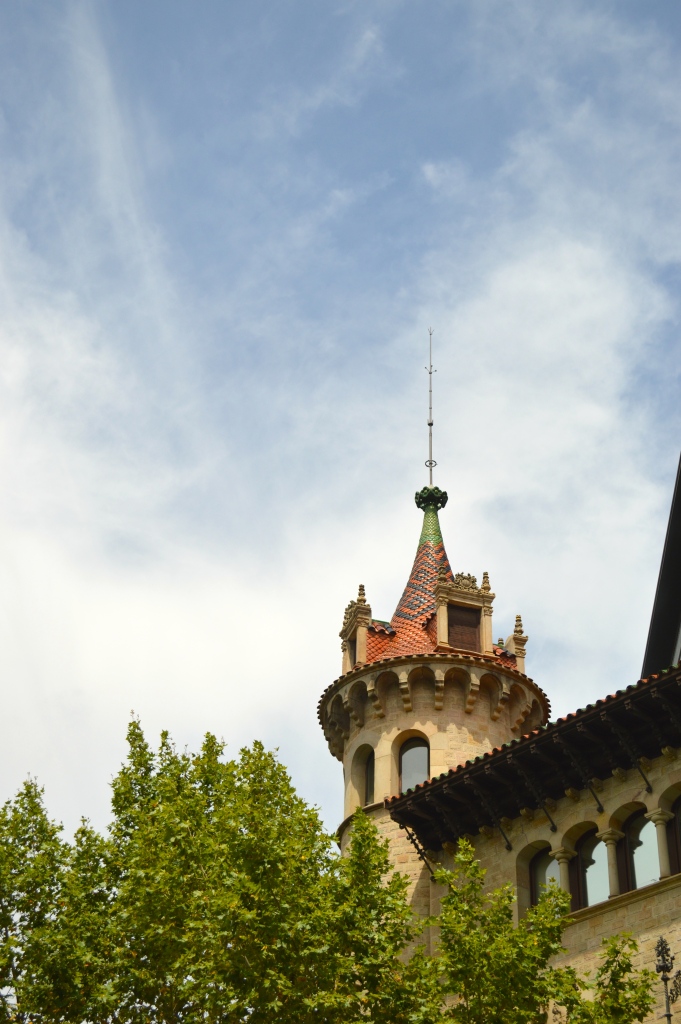 Saturday night we spent a few hours making very strong (and in my case, not delicious) cocktails at Cafe Rembrandt with Raoul the cocktail master, then on to dinner at Cafe Kafka for some delicious food… the night was finished off at a club by the beach called Shoko. Another late night, although when I got back to the hotel I still managed to hot cloth cleanse and pack my case so I could take full advantage of the 12pm check-out on Sunday. Actually stayed in bed until almost 11… Lazy you say? You’re probably right. 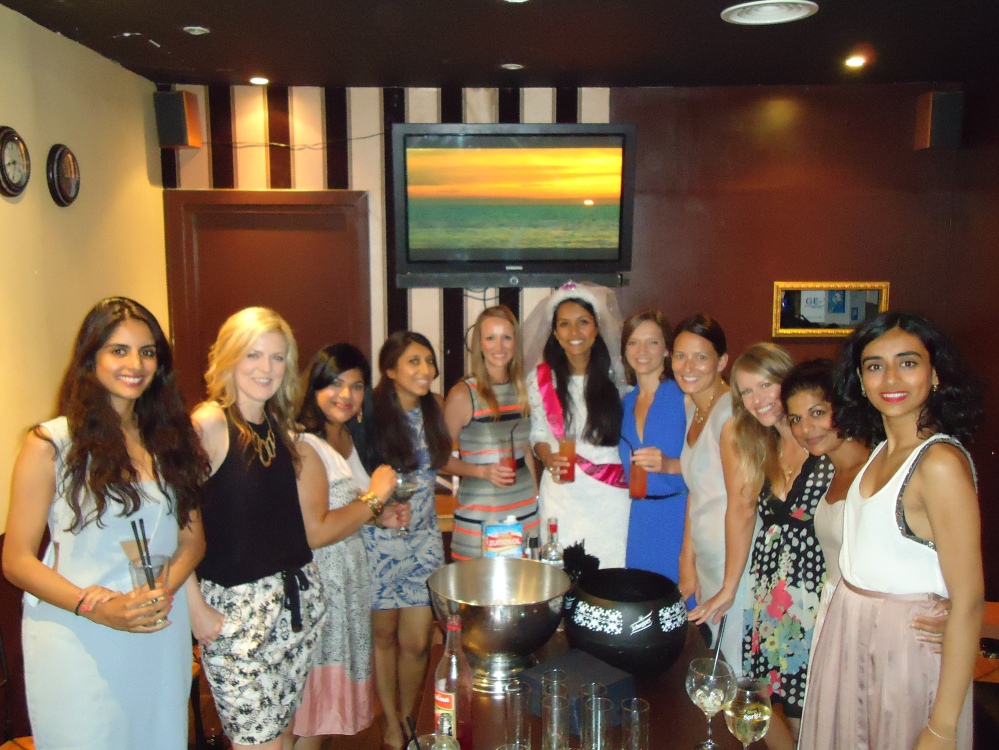 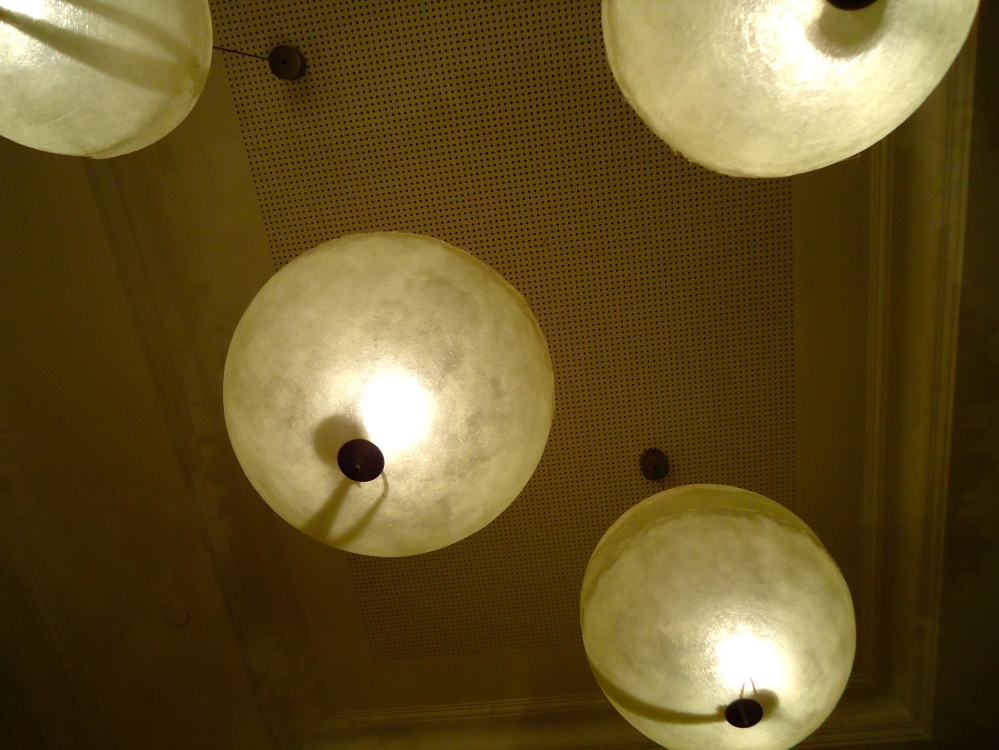 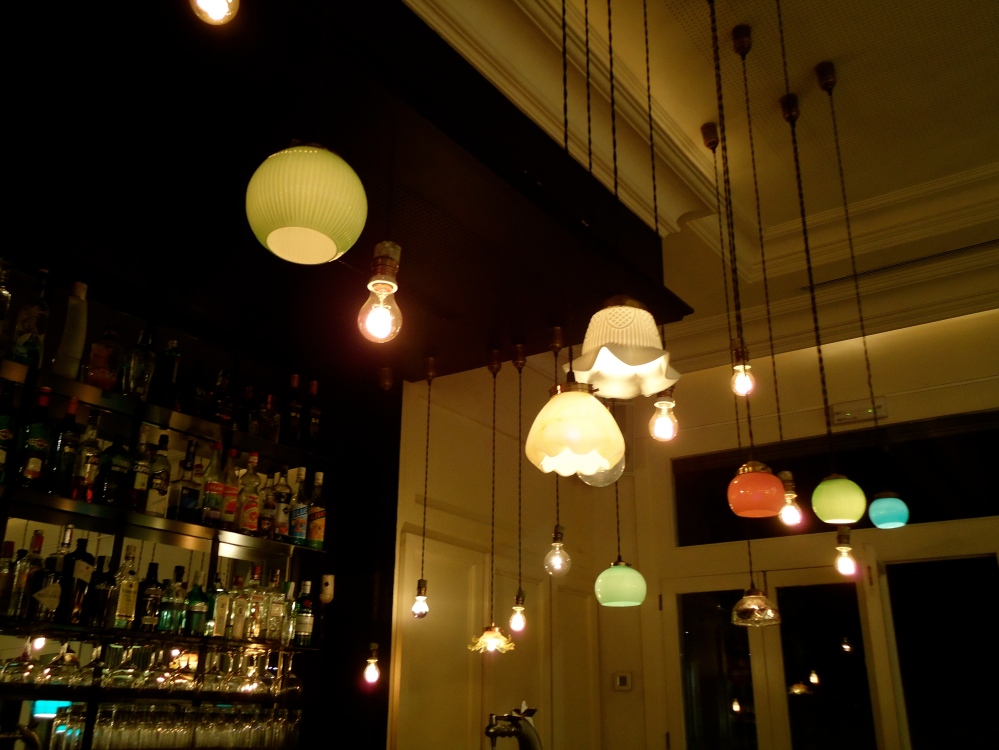 A photo of Ritu and I before we headed off to the club! 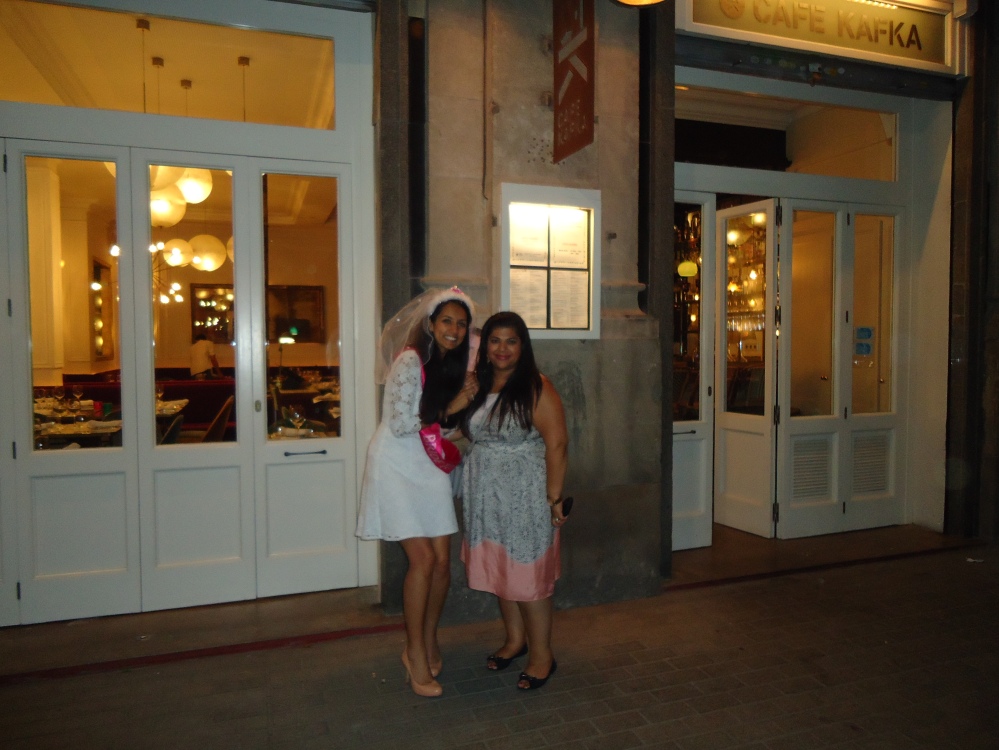 Would there even be any point to this blog if there were no photos of food/drinks? Last set of photos, I promise! The first picture is a gin & tonic in a glass the size of a fish bowl. Yep. 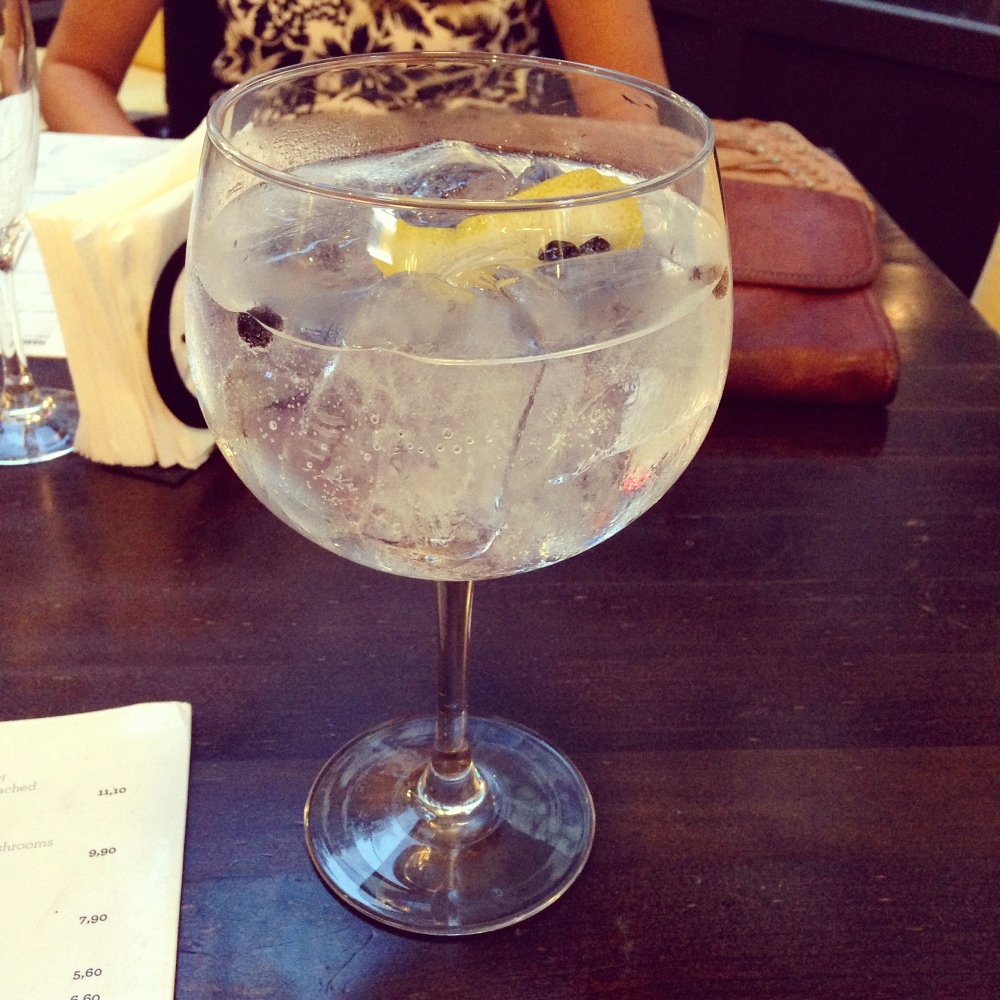 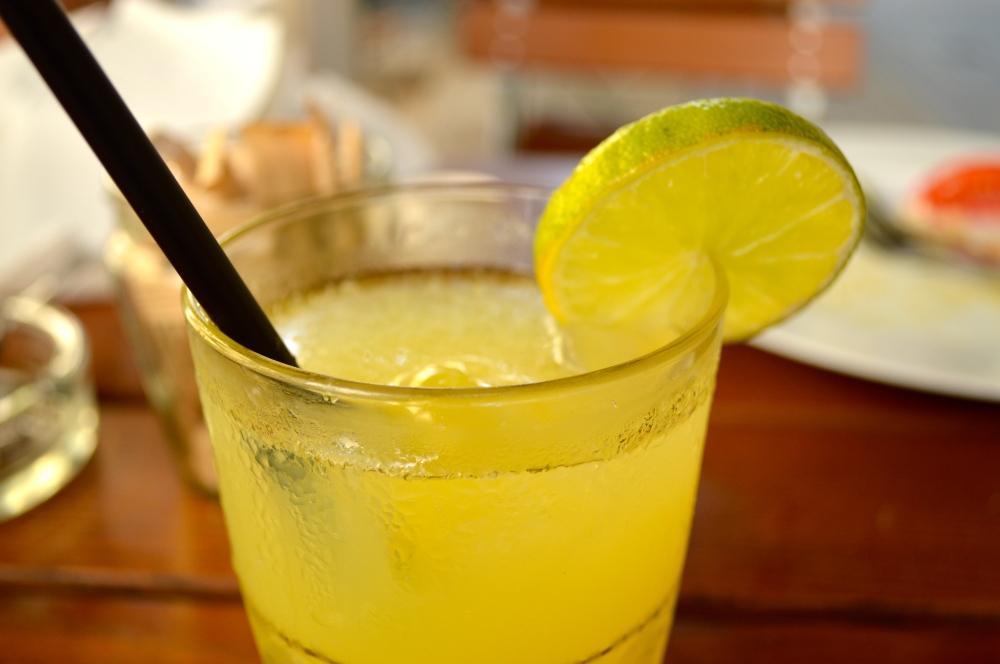 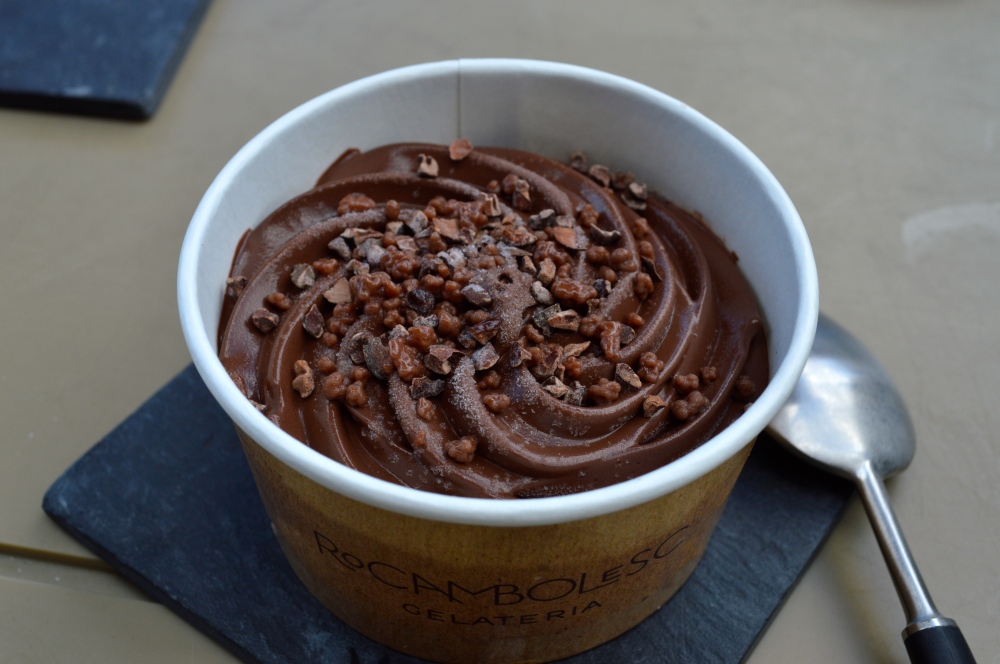 Obviously there were other fun events, e.g. shopping (SEPHORA) but this is quite clearly far too long already, so we can chat about Sephora another time.

Have you been to Barcelona? Where did you stay? I’d love to hear about your trip!