Who doesn’t love a burger?! When I was invited to review the food at Tango Durham, I spent a little while beforehand perusing the menu, like I usually do. There are lots of options to choose from and I’d already pretty much decided on what I was going to order before we’d even set off for Durham. Decisive, for once! Located on Elvet Bridge in Durham city centre, Tango opened way back in 2012. I don’t head into Durham as much as I should, so this was my first trip eating here.

We’d been walking around Durham in the sunshine for about an hour (random info: we also witnessed a scary fight between two men calling each other smackheads) and were checking the time every 10 minutes as we were both quite hungry. We had booked in for 1pm so headed to Elvet Bridge and and were quickly shown to our table. We sat by a gorgeous big window, heaps of natural light (and wasps popping in and out) which was great as it’s quite dark inside the restaurant. Lots of dark wood, ceiling beams and low hanging lights. 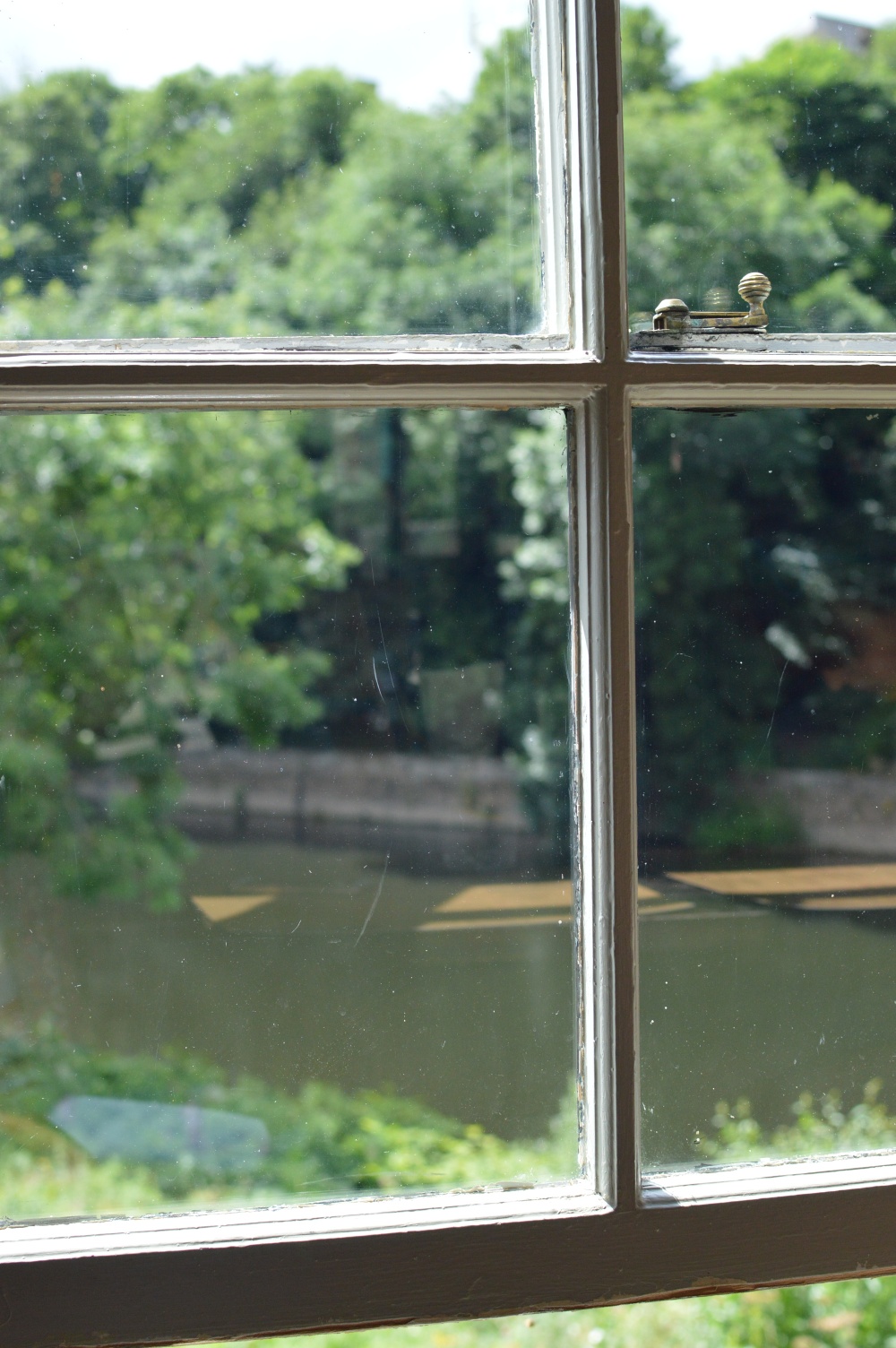 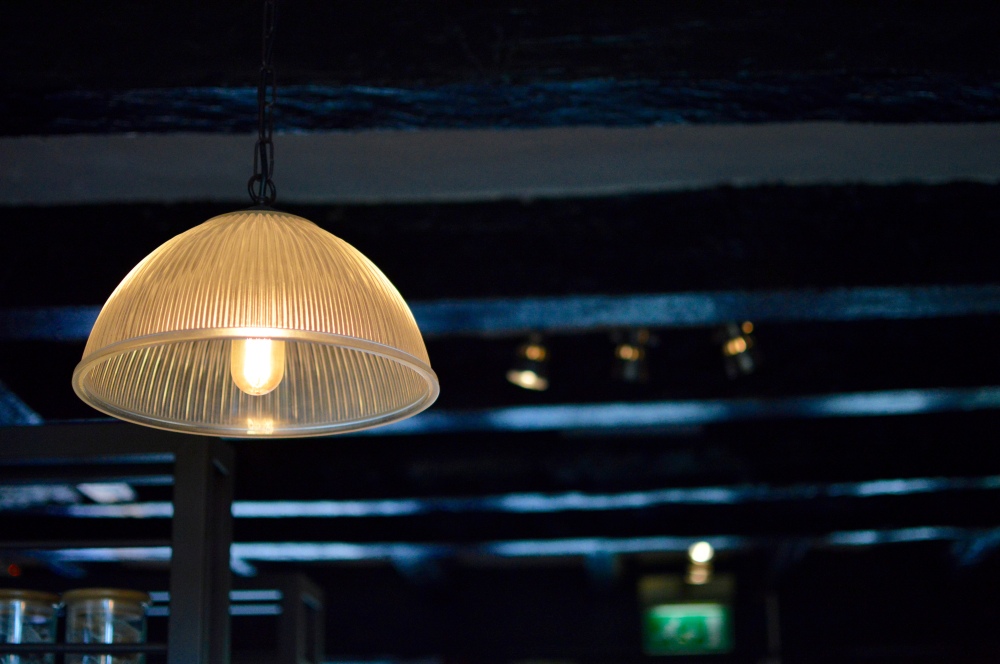 Our server talked us through the menu as neither of us had ever eaten there. There are loads of beef burgers to choose from, no-beef burgers, steaks, salads and also  ‘table fillers’ to accompany your meal. Any of the beef burgers can be switched for chicken, mushroom or falafel and all of the beef comes from humanely raised Northumbrian cattle. If you don’t want the brioche bun, you could switch this for lettuce instead too.. While ordering we were asked if our burgers were okay to be served pink, we both said yes.

We ordered the best seller – Tango burger (£9.50) and the ‘Shroom ‘Shroom (£10.50) and both ordered the Cheesy – Runny Nacho chips (£2.50). To drink we just shared a bottle of sparkling water. I almost ordered the Fried Gurks with Aioli Dip (£3 for one, £5 for the table) but decided a burger and chips was probably quite enough food 🙂 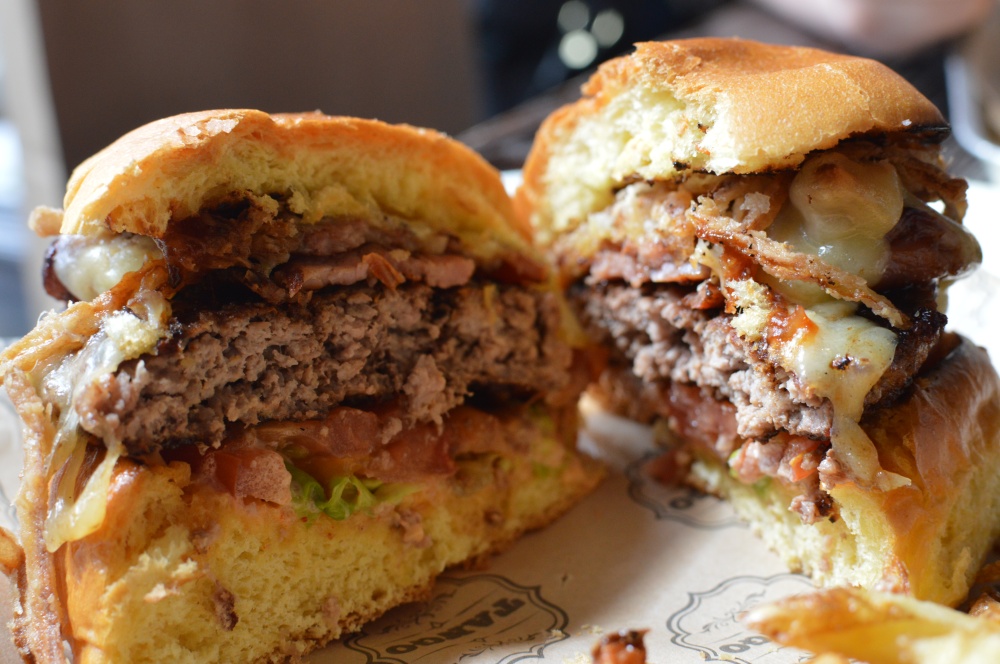 First things first, the chips were DELICIOUS. I immediately scooped up a generous amount of the cheesy sauce with a chip and was expecting the sauce to be a bit cheesier in taste, but after a few more mouthfuls I decided I loved them. Very moreish. A sauceless chip was also very satisfying. I always tend to cut burgers in half, because they’re easier to eat. Tall food is troublesome! I appreciated that the bottom half of the bun wasn’t soggy, as is often the case from the meat juices. As you can see from the picture above, the burger wasn’t pink in the middle which was a bit disappointing. I didn’t find the patty to be particularly juicy either, but it wasn’t bad. With the combination of the treacle cured bacon, melted cheese, milk soaked fried onions and secret burger sauce, it was pretty yummy. My friend had the ‘Shroom ‘Shroom burger, and like mine, hers was cooked through instead of having a pinkish middle. She said the bacon was amazing. The ‘Shroom ‘Shroom comes with a big flat capped mushroom, charred balsamic red onion marmalade, aged stilton and smoky bacon bits.

I like that each of their burger offerings is really different. There are 13  beef burger options and each one has totally different ingredients, aside from the actual burger patty, obviously. This coupled with the option to switch the burger for chicken, falafel or mushroom means there is something for everyone. Impressive.

I was too full to finish everything so left some burger and chips, I couldn’t manage dessert at all. (This changed about 30 minutes later when we popped into Flat White Kitchen for an Iced Latte and slab of Rocky Road.)

The restaurant had really filled up over the hour we were there.  There were no spare tables inside or outside by the time we were leaving. As it was so busy, I didn’t really want to take too many photos and disturb other diners. I managed to get a few. 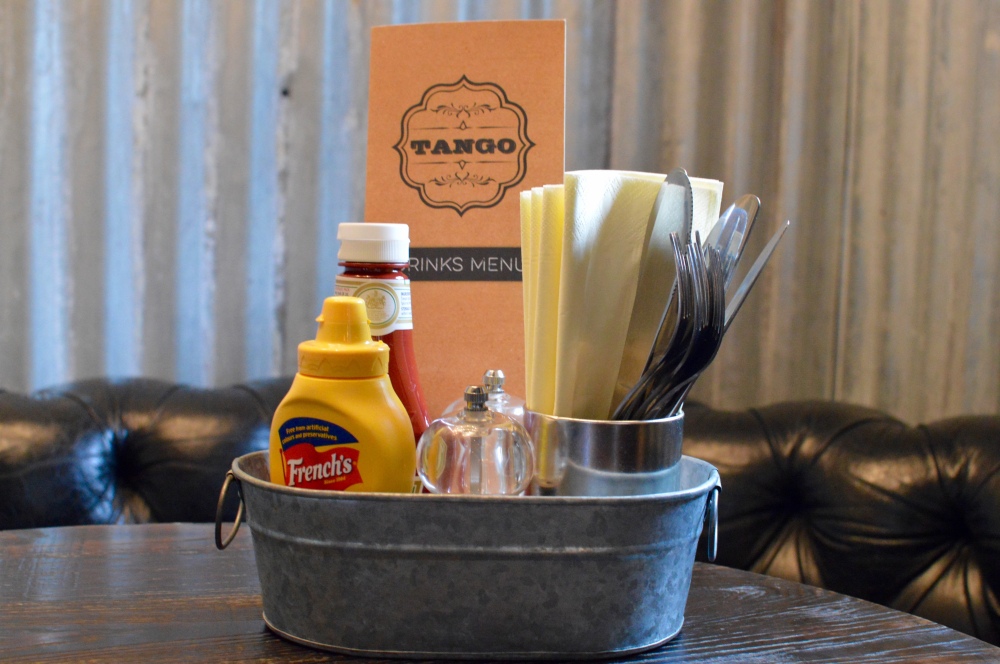 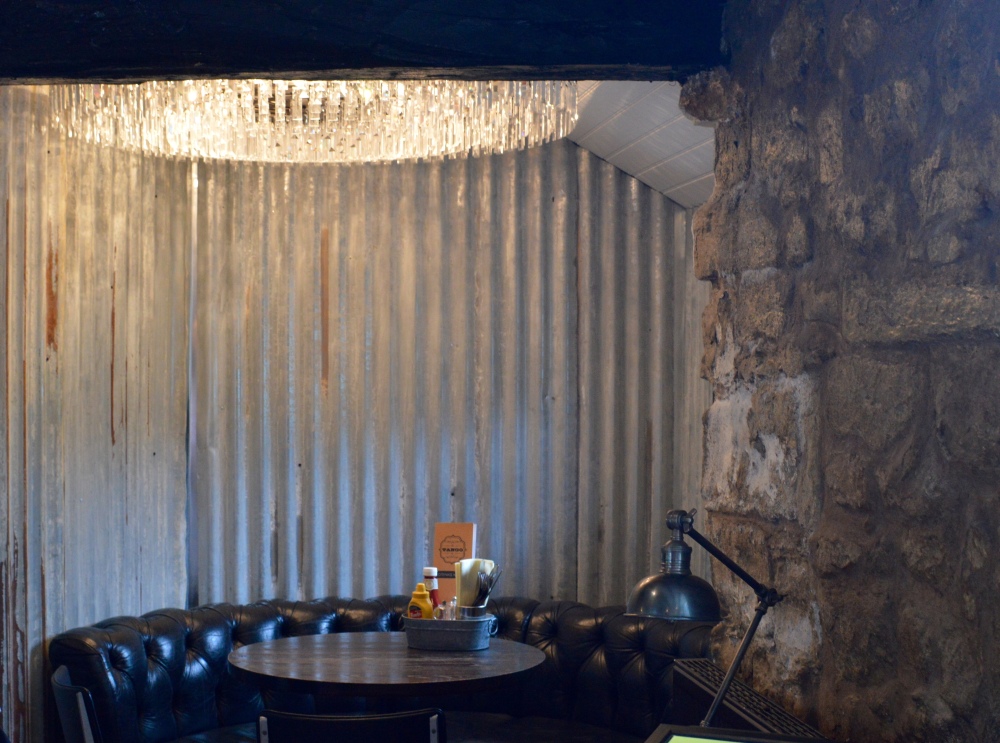 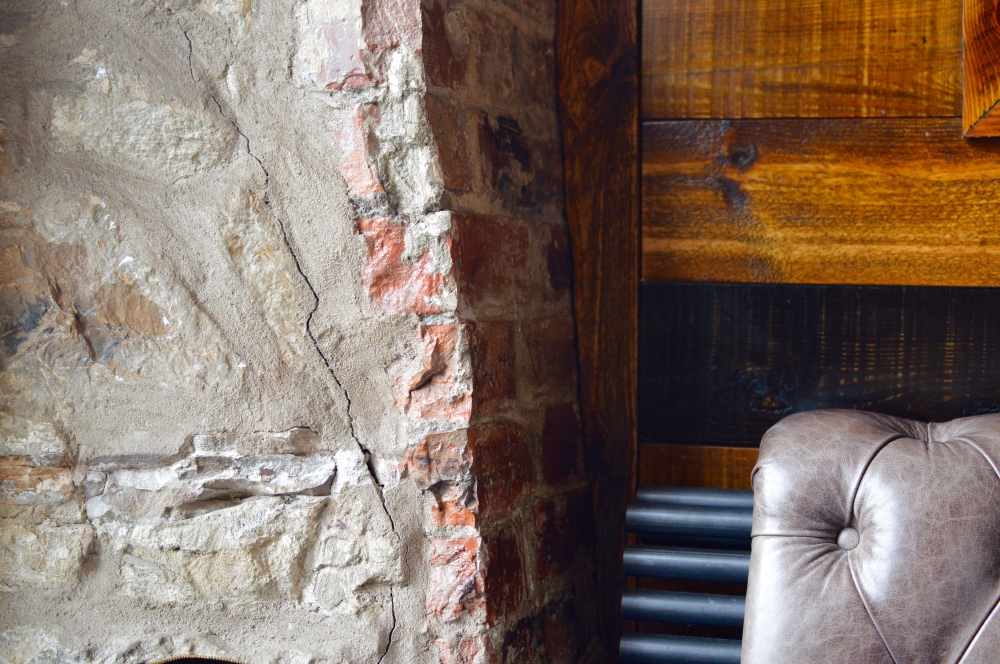 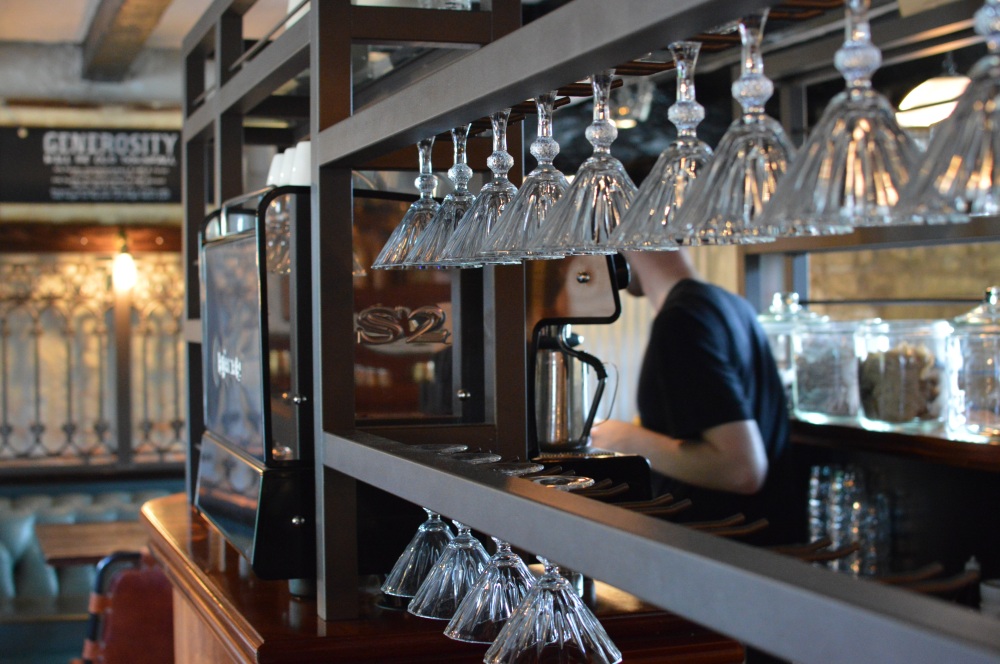 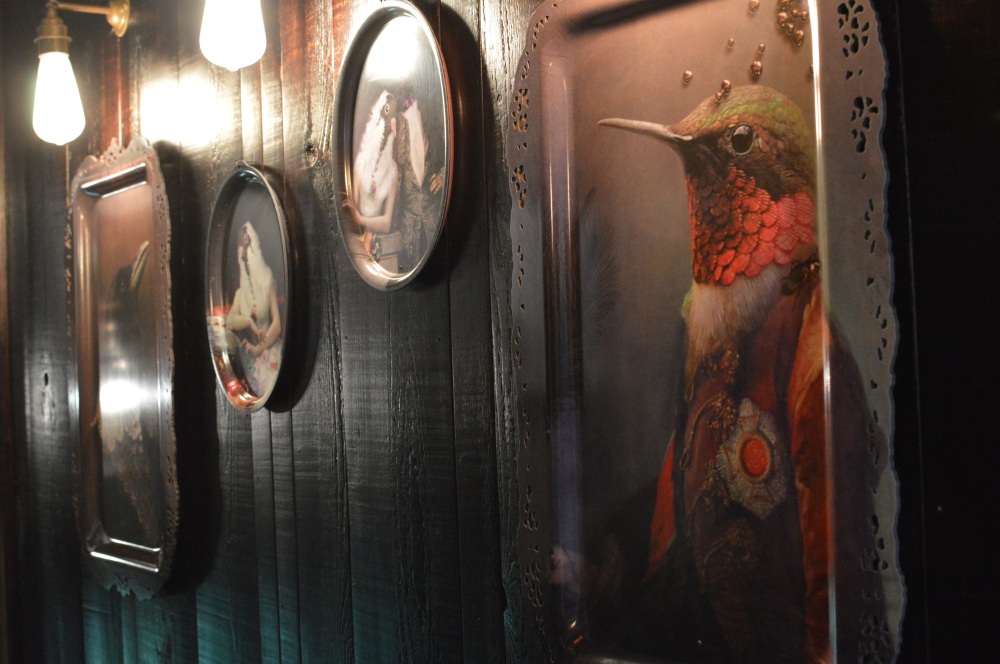 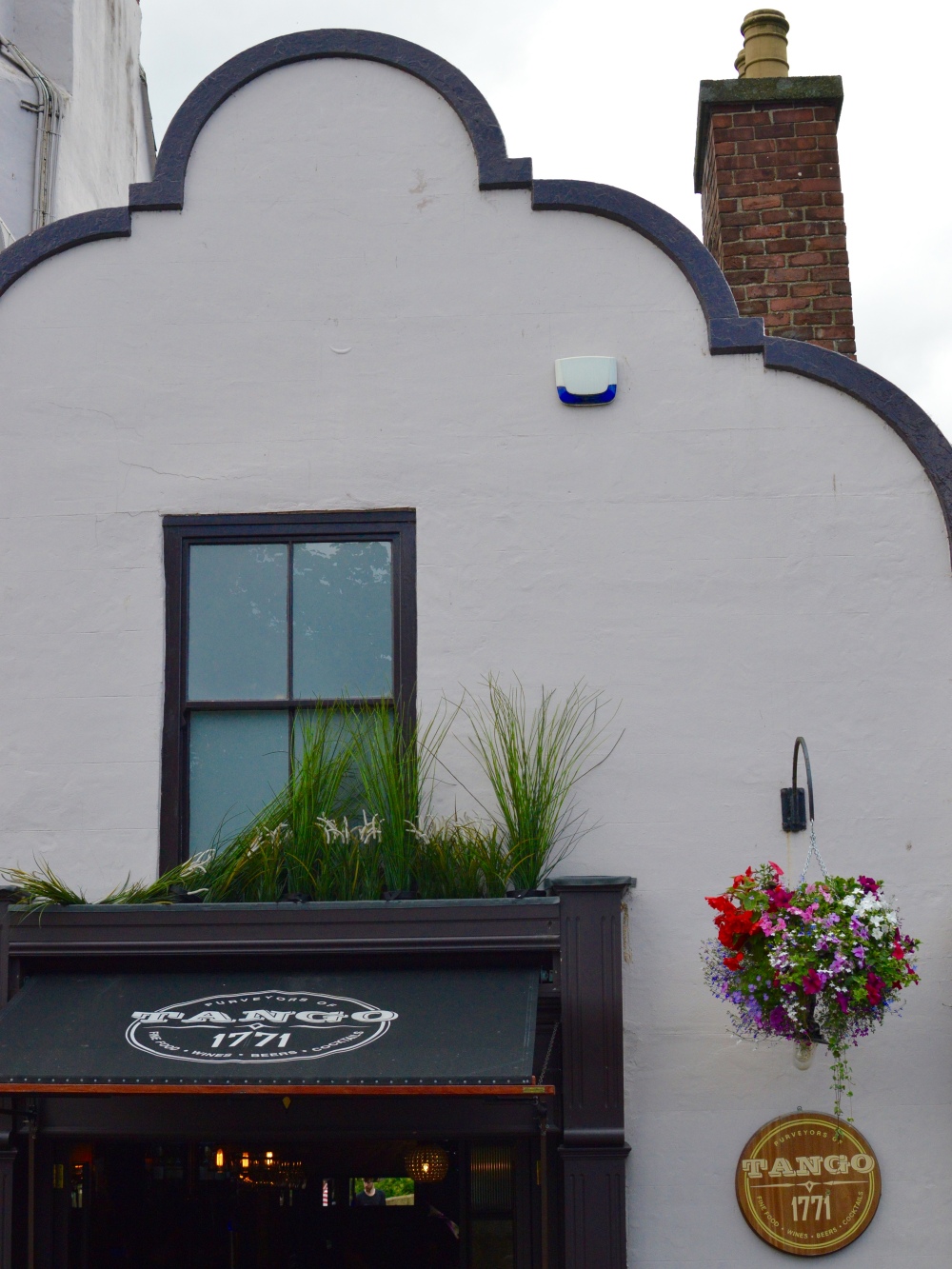 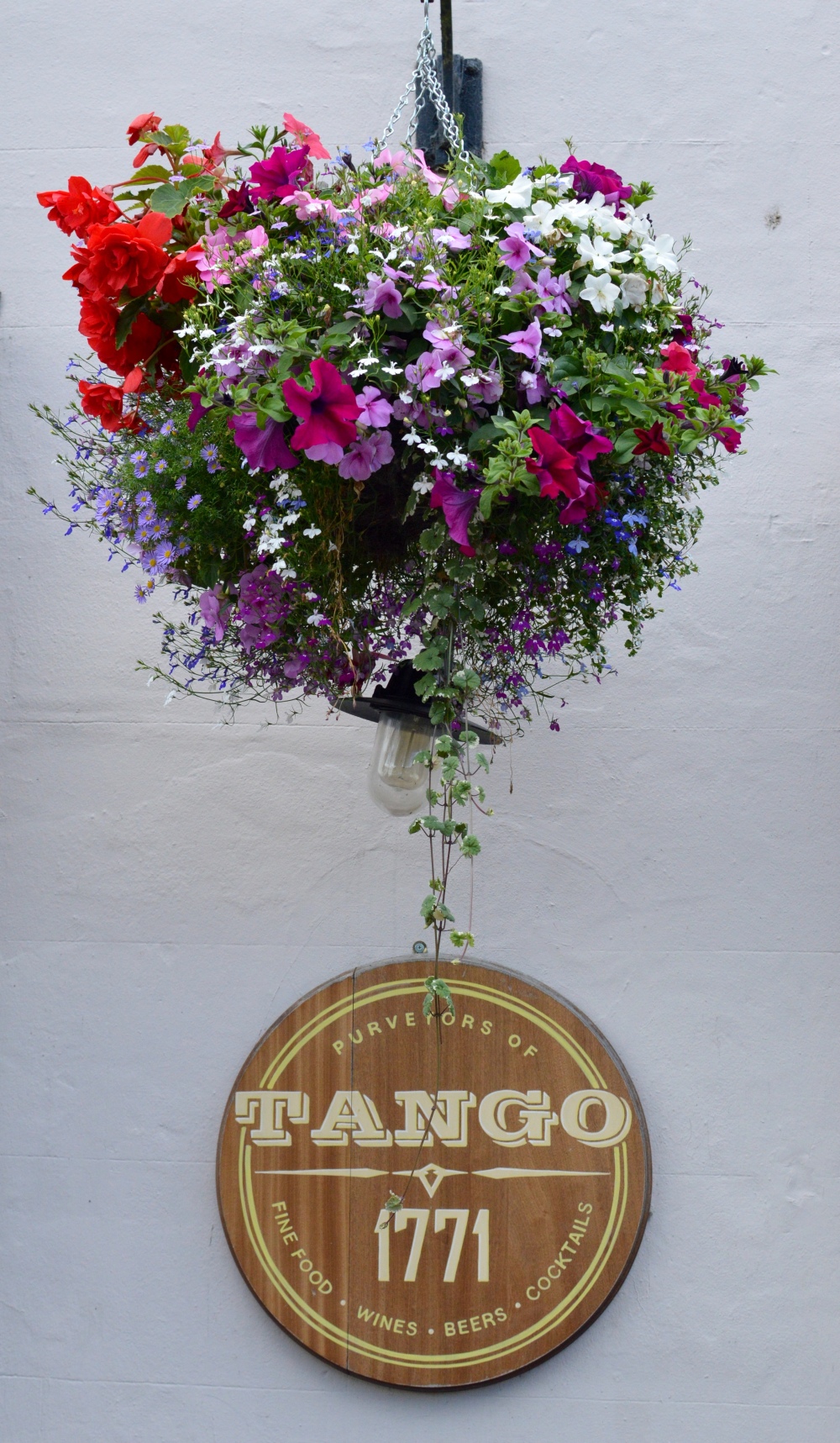 Various servers came over to check on us throughout our meal and they were all very friendly. Something I don’t usually notice while I’m eating a meal and chatting with friends, is the background music in a restaurant. In Tango, the music was pretty loud house music. Funny! If I were to guess what kind of music was playing, my guess would not be house music.

Overall, we both enjoyed our meals. I wouldn’t say they were the best burgers we’d ever eaten, but they were still good. The cheesy runny nacho chips were lush, I would eat those again, right now! I would eat there again without hesitation and if the patty had been a bit juicier, I would have enjoyed the burger as much as I love Fat Hippo burgers. It’s natural to make the comparison, as they’re in such close proximity to each other in the city centre.

Have you been to Tango yet? Would love to hear what your favourites off the menu are or what you think of the place!

*Our meal was complimentary for review purposes but my views are  honest, as always!